Congratulations to Dennis, our guest writer!

We would like to congratulate our guest writer, Dennis Jarsdel, who has been awarded with the first month of the Drawing Academy course for publishing the following five articles about art: 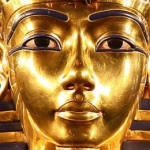 The Fascinating History and Use of Gold in Art
“Gold – a sign of nobility, indication of wealth, and even a badge of never ending love. Unlike the simplicity of itself, gold had a complicated history through which It had been a reason for wars, insanity and death. Through the centuries, although its composition has remained the same, the meaning of its symbolism has remolded to suit people of that time. Gold, which in the hand of artist has stirred our emotions, changed the way we behave and even altered the course of history…” 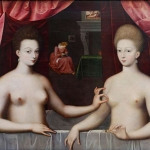 Common Symbolism in Art
“Commonly in religious story-tellings, or in more modern pieces challenging contemporary ideologies, symbolism has been a tool many artist have used yet little perfected to a level of mastery. Symbolism can range from the pinching of female nipples to indicate a pregnancy, such as in the painting Gabrielle d’Estrées et une de ses soeurs (Gabrielle d’Estrées and one of her sister) to the use of the color blue in Picasso’s paintings to show the society’s poor and outcast members and highlight themes of loneliness….” 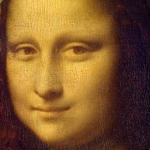 So, What is the Deal with The Mona Lisa
“Arguably the most famous painting the modern world has ever known, yet it’s not how it’s always been. Let alone the possible price of the painting itself, its valued so much that the room in the Louvre that houses and protects this painting costed over $7.5 million. The Mona Lisa is a portrait of an Italian woman painted by the famous artist and engineer Leonardo da Vinci. The thing that makes this painting so famous is the mystery that comes with it. Who is the woman? Where is the painting set? How long did this take Leonardo da Vinci to complete?…” 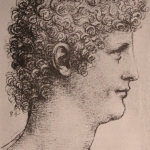 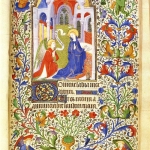 The Lost Form of Art: Manuscript Illuminations
“Manuscript illuminations, also know as miniatures, are a form of art, the decoration of books and texts and especially margins and initials. Although the popularity of this ancient art form has deceased, the earliest surviving examples date back to 400 AD. The popularity of this art form flourished in the 12th century. The word illumination comes from the usage of gold and silver leaf in these decorations and the Latin word illuminare, meaning ‘light up’. The word miniature is an umbrella term for illuminations of different cultures and time periods…”

To receive the Drawing Academy course free of charge,
publish your articles here »