The Fascinating History and Use of Gold in Art

We live in a Kaleidoscopic world, but gems and precious stones are more than mere decoration, they carry significant meanings for us all. Gold; a sign of nobility, indication of wealth, and even a badge of never ending love. Unlike the simplicity of itself, gold had a complicated history through which It had been a reason for wars, insanity and death. Through the centuries, although its composition has remained the same, the meaning of its symbolism has remolded to suit people of that time. Gold, which in the hand of artist has stirred our emotions, changed the way we behave and even altered the course of history.

We, the mankind, have worshiped gold from the very beginning of its discovery. Artifacts dated back to the Chalcolithic era (more commonly know as Copper Age) have shown that the first association gold had was with the sun.

Egyptian hieroglyphs from as early as 2600 BC describe gold, which King Tushratta of the Mitanni claimed was “more plentiful than dirt” in Egypt. Egyptian Pharaohs used gold as the way to symbolize their wealth and dominance over the less fortunate ones. The believers of Osiris, the Egyptian God of afterlife, decorated their tombs with precious metals such as Gold and other gemstones, believing they would be brought to the afterlife along with them. Gold was a crucial part of funerary practices for Ancient Egyptian elites. There also was a belief that divine beings had flesh of gold. 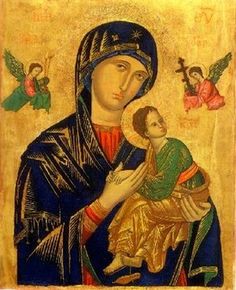 Fast forwarding a few millenniums, Christian Iconography had its fair share in the History of gold. These religious paintings, often executed in tempera and gold leaf, are something almost all of us has come across in our life time. The association of gold with divine beings wasn’t new yet it was the first time gold leaf was used to this extent in an abundant fashion, covering the whole background of these images. Apart from covering the background, gold was used in the details of other divine creatures such as angels. Being meant to be viewed from up close with candle light,this displayed the transcendent properties of heaven alluring the believer.

Born in 1862, Gustav Klimt was an Austrian symbolist and one of the most prominent painters who incorporated gold leaf in to their art. In his ‘Golden phase’ Klimt produced paintings such as The Portrait of Adele Bloch-Bauer 1, Die Umarmung (The Embrace) and his most famous piece, The Kiss. Influenced by both linear constructs of the contemporary Art Nouveau style and the organic forms of the earlier Arts and Crafts movement, Klimt depicts the couple locked in intimacy, while the rest of the painting dissolves into shimmering, extravagant flat pattern. By using gold leaf, which at the time was a financial investment, Klimt transforms and re-associated gold with romantic intimacy and love, a more noble symbolism for this metal.

Nowadays, The world consumption of new gold produced is about 50% in jewelry, 40% in investments, and 10% in industry.