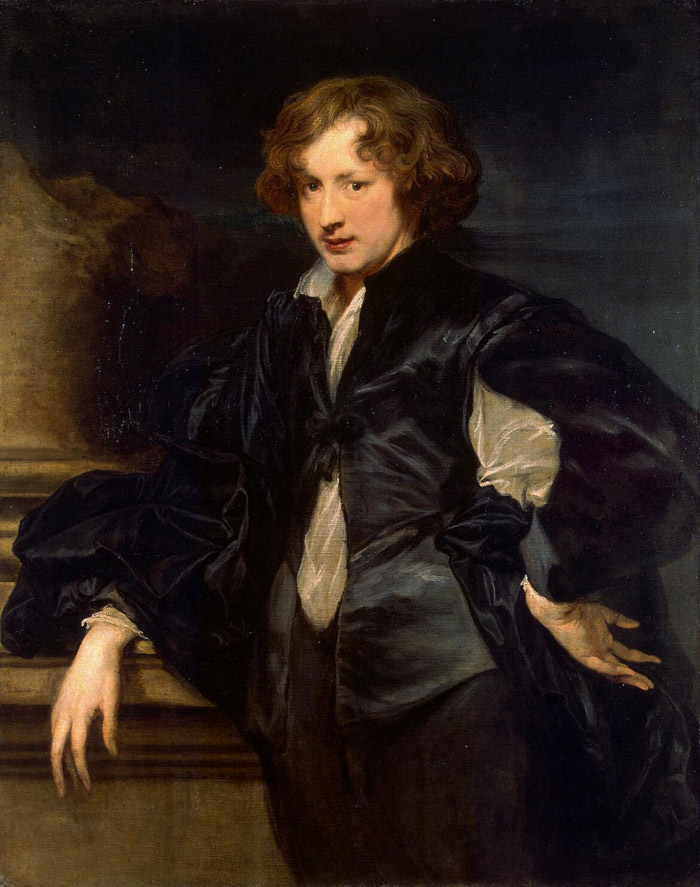 Ovid in his Metamorphoses tells the story of Andromeda, the daughter of King Cepheus and Queen Cassiopea of Ethiopia. The mother’s claim to beauty so agreed the Nereids that Neptune sent a sea monster to ravage the kingdom.to free the country from his scourge, Chepheus was forced to sacrifice Andromeda. Anthony van Dyck depicted the moment of sacrificed Andromeda, chained to a rock near the monster lair, is rescued from her faith by Perseus, who flies above from his winged horse, Pegasus. The sea monster can be seen thrashing about in the waves below. The subject was a popular one among artists of the sixteenth and seventeenth century. Offering the challenge of portraying the female nude in distress. Both Rubens and Rembrandt painted the story of Perseus but this is the only example of van Dyck, who rarely painted mythological pictures. 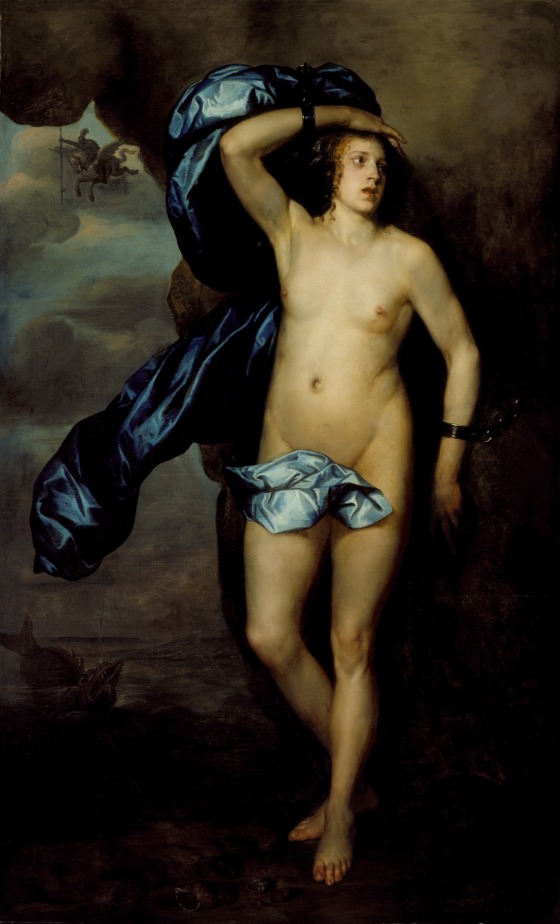 Anthony van Dyck was born in Antwerp in 1599 and as early as 1618 was accepted into the Guild of Saint Luke; the same year he is recorded as an assistant in the studio of Rubens. After travelling to England with his mentor in 1620, van Dyck set off to Italy in 1621, spending the next seven years there, In Italy he worked in Genoa, Rome and Venice, where he was profoundly affected by the art of Titian. Like Rubens, van Dyck became one of the most successful and admired painters of the seventeenth century. He travelled widely and enjoyed the patronage of the major courts of Europe, painting religious pictures as well as portraits.

One of the basis of his international reputation van Dyck was called to England by King Charles I in 1632, remaining there, except for brief trips to Europe, until his death in 1542. Van Dyck’s effect on the development of art in England cannot be overestimated, and the influence of his style, particularly with regard to portraiture, resonated well into the nineteenth century. Soon after his arrival at the court of Charles, van Dick was appointed ‘principalle Paynter in ordinary to their Majesties,’ and in 1633 he was knighted.

He enjoyed exclusive rights painting the monarch and the royal family, and his output in England is distinguished especially from his dynamic equestrian portraits of Charles as well as portraits of the aristocracy. In mid-seventeenth-century England there was a little demand for the large-scale historical painting that flourished on the Continent, and van Dick painted only a handful of subject pictures during his years in London. Prior to the reappearance of Andromeda chained to the rock, only one mythological painting from the artist’s was known. This was the Cupid and Phsyche ( Royal Collection London), a picture commissioned by Charles in the late 1630 for the King’s Gallery at Whitehall. 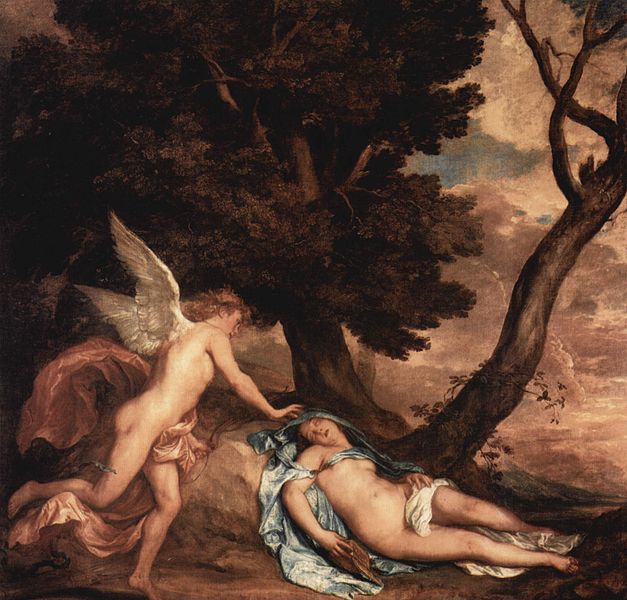 Stylistically Andromeda compares well with Cupid and Psyche, and there can be little doubt that it was painted at the same time, around 1637-38. In each the somber earth tones of the landscape elements provide a muted background for the softly modeled forms of the figures. In both paintings van Dick accented the composition with passages of brilliantly painted drapery; the highly saturated metallic blue of the cloth around Andromeda appear to be the same studio prop used for the drapery of sleeping Psyche.