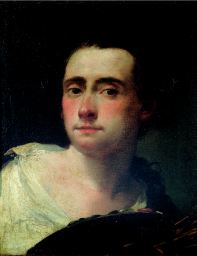 Gaetano Gandolfi was the most talented member of a family of artists that dominated Bolognese painting in the second half of the eighteenth century. Early in his life he studied with his elder brother, Ubald; he later was a pupil of the sculptor-anatomist Ercole Lelli at the Accademia Clementina in Bologna.

In 1760, under the auspices of an important early patron, Bolognese merchant Antonio Buratti, Gaetano and Ubaldo travelled to Venice for a further year of study. In Venice, Gaetano was deeply impressed by the art of Sebastiano Ricci and Giovanni Battista Tiepolo, painters whose fluent brushwork and effortless technique had a dramatic influence on his art.

Upon his return to Bologna, Gaetano soon established himself as the city’s leading painter and began what would be a long productive career. He produced altarpieces and frescoes for the Church and the Bolognese aristocracy but was best appreciated for his drawings and oil sketches; he also executed a small number of etchings. 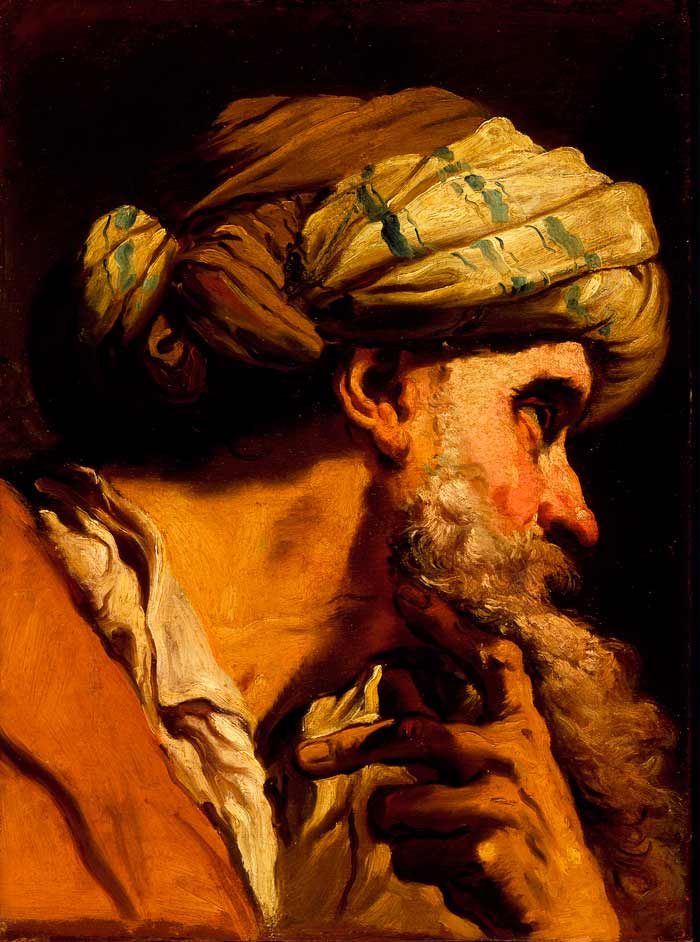 The unpublished Study of Oriental Head shows Gandolfi at his most accomplished, as a painter of loose and spontaneous oil sketches. The painting was produced in conjunction with one of the artist’s major commissions, the monumental Marriage at Cana, wich was painted for the refectory of the convent of San Salvatore in Bologna and is now in the Pinacoteca Nazionale in Bologna. This painting dated 1775, and measuring about twenty-two feet across, occupied the artist for some ten years. 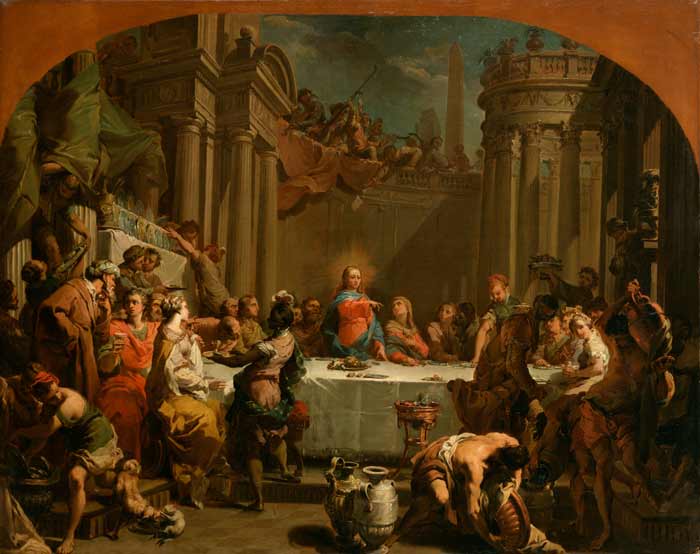 One of the artist’s most ambitious productions, the painting of San Salvatore contains more that forty figures situated in an elaborate architectural setting. The focus on the composition is the resplendent figure of Christ, whose gesture to the stewards across the table changes the water in the amphorae into wine. To guide him in his elaborate design Gandolfi turned to the venetian paintings he had studied earlier, basing this composition on Veronese’s famous Feast in the House of Levi in the academia in Venice.

Gandolfi drew inspiration as well from such contemporaries as Ricci and the French expatriated Pierre Subleyras. Around the table where Christ performs his miracle, Gandolfi posed his figures in a great variety of positions, creating something of a summa of academic pose, gesture, and anatomical foreshortening, demonstrating the proficiency with which he understood the principles of history painting. For all its ambition, however, The Marriage of Cana lives the viewer somewhat cold, so high-blown in its drama and spectacular effects.

More sympathetic are the individual reactions that Gandofi painted on the faces of the witnesses to Christ’s miracle. The artist must have studied those expressions in drawn and painted studies, but only the museum’s example has surfaced.

It depicts the head of the turbaned Oriental who stands at the far left to the composition, looking quizzically at Christ as he performs the transubstantiation. The types of exotic characters were invariably included in such scenes for local color; Gandolfi’s observer is very similar to the one that appears in Subleyra’s Banquet in the House of Simon the Pharisee, painted in 1737, for the Monastery at Asti and the Louvre in Paris.