Long was born in Bath, England in 1829. After he decided to become a painter, he moved to London and studied in the British Museum. In the first few years of his career Long painted portraits for the rich and famous. He also traveled a lot and spent some time in Spain, Egypt and Syria. His art was highly influenced by these experiences. Edwin Long became an associate of the Royal Academy in 1870 and later on became an academician as well.

At the time his artworks were very popular and got a lot of attention from the general public. He even opened his own gallery, the ‘Edwin Long’ gallery in Old Band Street. Long died of pneumonia at the age of 62.

His favorite subjects were Egypt, Biblical stories and ancient cultures. Some of his most famous paintings are ‘The Babylon Marriage Market’, ‘The Finding of Moses’ and ‘Diana or Christ’. 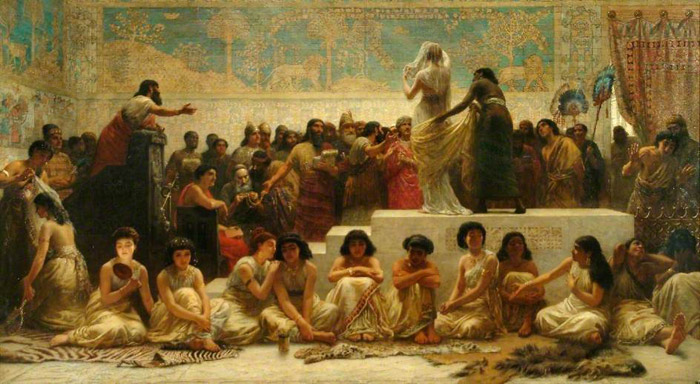 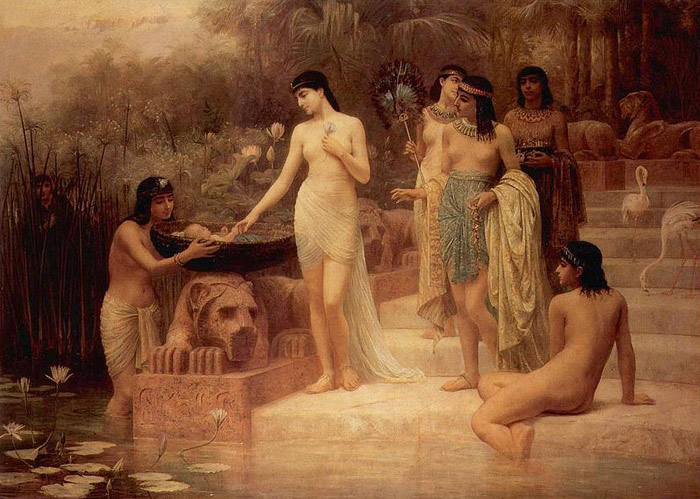 Edwin Long, “The Finding of Moses” 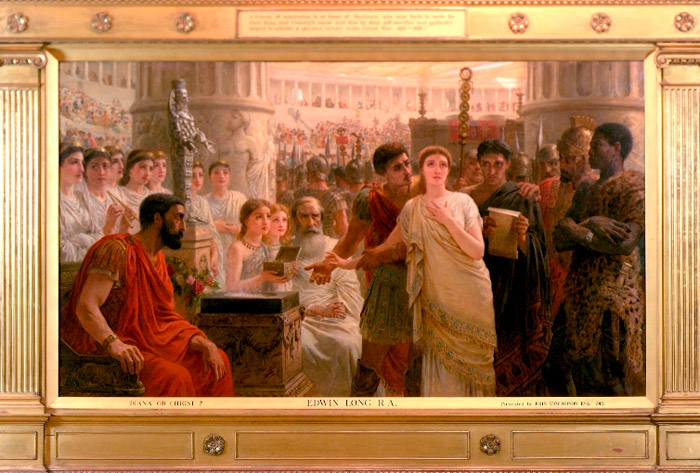 His attention to details was remarkable, his figures were always very lively and his choice of subject was often surprising. He was truly an outstanding artist.

There is hardly any mention of Delorme in art books; his paintings are almost solely featured in art deco books. Unfortunately we have almost no information on his life.

After seeing one of his paintings (The Dancer) in an art deco art book more than two years ago, I’ve searched everywhere to learn more about Delorme, however I couldn’t find anything. 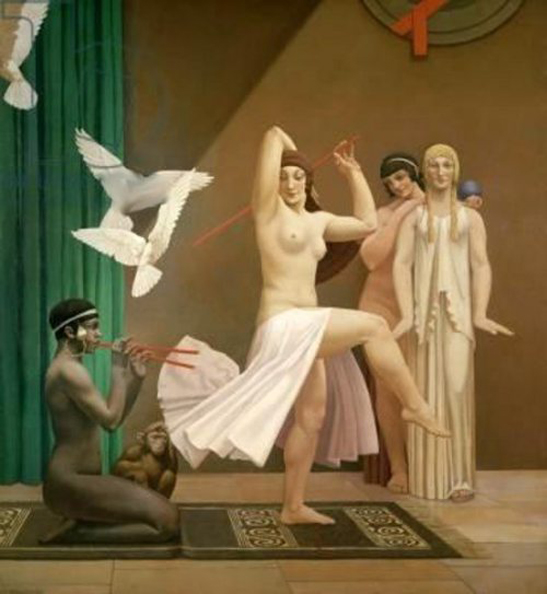 Only one thing is for sure he was a French painter, but there’s even a debate going on about whatever he died in 1952 or 1962.

However in my opinion it is oblivious that he was a remarkable painter. His style was a mix of realistic painting and art deco shapes. Delorme loved painting renaissance themes with a modern twist. He often added geometric forms and bright colours to his paintings. Delorme was truly a rare one of a kind artist. I wish we could know more about him and his art.

Even though Mucha was very famous, and is still well known to this day as an illustrator, his work as a painter is almost unknown.

Alfons Maria Mucha was born in Ivoncice, Czech Republic, later he relocated to Vienna and Paris. He studied at the Academic Julian and Academic Calorossi in Paris. During this time he was working for magazines, later on he became well known for creating posters for the famous actress, Sarah Bernhardt. He produced many advertisement, illustrations, book covers and posters in the following decades.

In his later years Mucha spent years working on what he considered as his life’s masterpiece, The Slav Epic, a series of 20 paintings. The paintings are telling the history of the Slavic people. The paintings are currently on display at the National Gallery’s Veletrzni Palace. 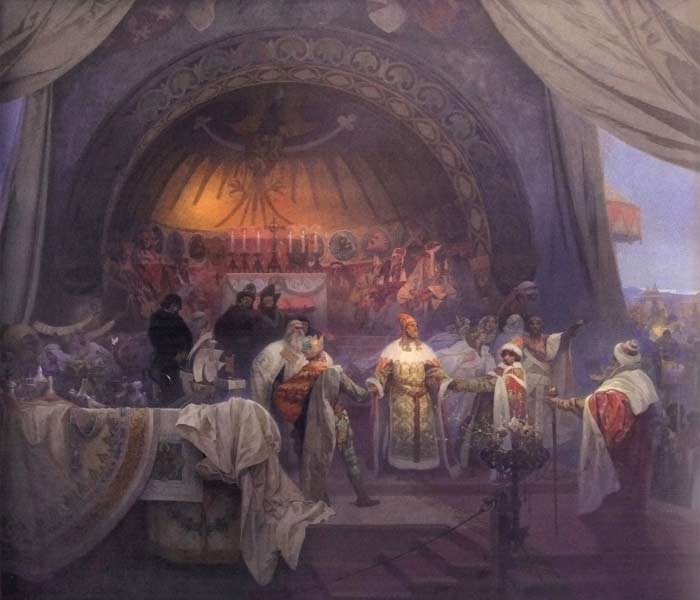 When The Germans arrived in Czechoslovakia in 1939, Mucha was among the first people arrested by the Gestapo, probably because he was also a member of the Freemasonry. Even though he was released quickly, the experience took a toll on the aging artist and Mucha died in the same year.

It’s a shame that his paintings don’t get the recognition they deserve, for decades The Slav Epic wasn’t even on display. I think his huge paintings are truly amazing and real masterpieces of the last century.