What makes the Mona Lisa famous?

It would be almost impossible to find a person that hasn’t heard of the famed, mysterious, and universally controversial Mona Lisa. 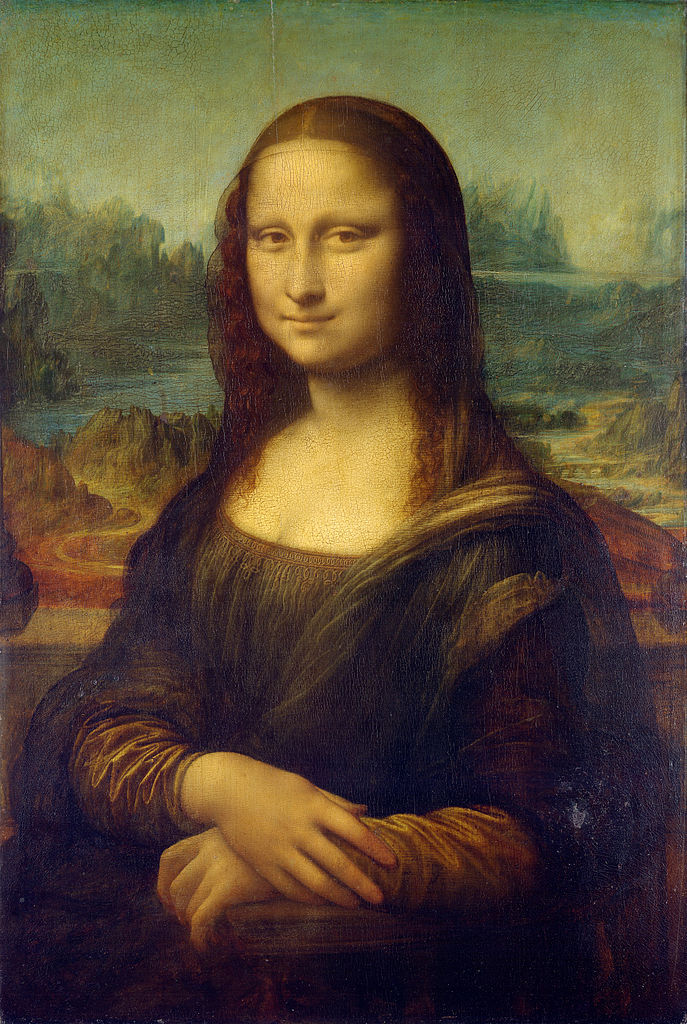 She was created by the High Renaissance master Leonardo da Vinci, and for decades she has captivated millions of people worldwide.

But the question that has to linger in everyone’s head at least once is: “Why is the painting so darn famous to begin with?” Is it those elusive eyes? That captivating smile? Or the fact that it is rumored that the painting is actually a self portrait of da Vinci as a cross dresser? The mystery is a grand one, yet so simple you’ll smack your forehead in disbelief.

The origins of The Mona Lisa begin in Florence, Italy. Supposedly, it was asked for by Francesco du Giocondo. He wanted a painting of his wife Lisa Gherardini. Leonardo, having taken much time off from painting accepted. The theory is he was in need of income and thought the painting was an easy way to get it. However, he would never guessed that he would spend the rest of his life on the piece.

Leonardo da Vinci died during the year 1519 in France; he never gave Francesco Giocondo the painting. Part of the reason for this was his tendency for procrastination, but the main reason was his unexplained fascination with the work. Constantly revising and taking it everywhere he went.

The painting, after da Vinci’s death, would become part of the French collection and stayed there known only by a handful of people, for 300 years.

The first public appearance of the painting happened after and due to, the French Revolution. The citizens overthrew King Louis and made his palace into a museum for the people. No one thought of the painting as anything but exactly what it was, a portrait of a housewife. The painting would later be moved again to Emperor Napoleon’s bedroom and remained there for about another 150 years.

Now we are getting to the age old question: “What makes the Mona Lisa famous?”

People have said its the expression of the eyes or maybe the eyebrows (just kidding, she doesn’t have eyebrows!). People have also argued it’s that mesmerizing smile. In fact, the Mona Lisa is known best for her smile. It causes one to think: “Why is she smiling?”, “Does she know something the rest of us do not?”, “Can she see something the rest of us cannot see?” Or maybe, is it as simple as Leonardo’s inability to portray female emotion very well in painting; many of da Vinci’s drawings and paintings of women have that same smile. Is it possible that the arguably greatest artist and genius of all time struggled with showing the emotions of a female?

There are many questions pertaining to the Mona Lisa and very few answers. Although, there is one question in which we can answer: again, “Why is the Mona Lisa so famous?!?” Well, it isn’t her smile, eyes, or lack of eyebrows. It’s actually her thieving history.

In the early 1900s, the Mona Lisa was put back on public display. The painting had begun to capture the attention of intellectuals and writers, but for the most part people still saw her as a painting of some random housewife during the 14th century. Then something happened that would change everyone’s view on the painting forever: It was stolen. This was world wide news. People everywhere seemed to be asking the same question: “Who stole the Mona Lisa?”

The painting began to acquire fame instantly, being the center of much conversation. As time passed, people began asking a different question: “Why steal it?” The answer was quite simple really.

The painting was stolen by Vincenzo Peruggia, an Italian handyman. His reasons for stealing it was to give it to an Argentinian painter to make a few forgeries to sell to ignorant American millionaires.

Know, that he didn’t just hand it back. The plan had to be much more elaborate than that. What he had decided to do was write to one of the managers of the Louvre, tell him he had the painting, and meet him at some hotel (a hotel now called the Gioconda for the Mona Lisa) to sell. That’s just what he does and the manager comes just as planned, then the manager confirms the paintings authenticity, the police are called, and the rest is quite literally history.

The Mona Lisa was returned to the Louvre and if she wasn’t famous before she was famous now!

Intellectuals and average citizens alike began to really pay attention to the Mona Lisa and the potential messages the painting gave off.

Soon after the Mona Lisa became the most famous, most talked about, and most liked work of art in history. And to think it only took around 500 years.