Through the eyes of the Old Masters – Alexander the Great 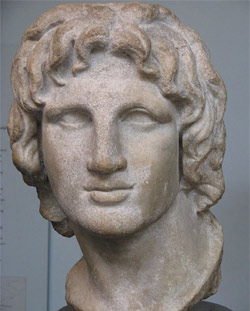 So few personalities of the history of humanity have transcended as much as Alexander the Great has. He lived 2,300 ago and he still is one of the greatest conquerors ever. His empire went from Macedonia and Greece to the Indus valley. His life is full of amazing stories that get mixed with mythology. As a matter of fact, this issue about the Greeks telling their story with gods and fantastic creatures make, on the one hand, hard to believe some events, but, on the other, makes it very interesting and fun. Nonetheless, his story served as inspiration for major works of art since he was alive. In this article, I will be focusing on the old Masters and a few representations of Alexander’s incredible life.

One of my favorite stories about Alexander is the Gordian knot. The legend tells us that because the Phrygians were without a king, they said that whoever entered into the city driving an ox-cart would be named king. As promised, Gordias, a peasant, entered the city in such a way and became king of Phrygia. His son Midas decided to offer the ox-cart to the god Sabazios. He tied it to a post with such an intricate knot that it was impossible to undo. By the time that Alexander arrived to Phrygia, it wasn’t the great city it once was, but the knot was still there.

Not only that, but there was an oracle that said that he who untie the knot would become ruler of all Asia. Alexander couldn’t miss this opportunity. Long story short, he drew his sword and cut the knot in half. Several painters illustrated the scene. One of them was Jean-Simon Berthélemy in 1767. He represented the scene with Alexander on the center and most brightly illuminated. His painting, although belonging to the Late Baroque, has some traces of Neoclassicism. 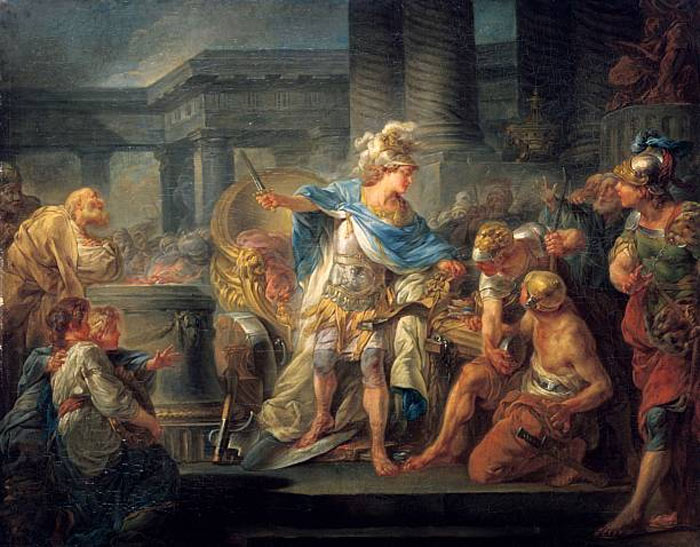 Another great moment of his life was his meeting with Darius III’s family. Although Alexander was a conqueror and wanted to defeat Darius at all costs, he was also compassionate and recognized an honorable warrior when he saw one. That is why, upon winning the Battle of Issus in 333 BCE that gave him the Persian Empire, he received his family and promised them a secured life. In 1661, Charles le Brun painted the scene when the royal family kneels asking for mercy. Sisygambis, Darius’ mother is dressed in yellow. 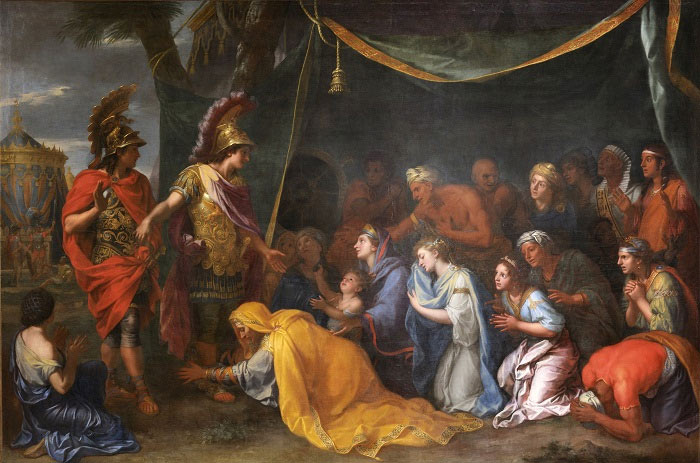 One of the things that contributed the most to Alexander’s legacy was the foundation of dozens of cities named after him: Alexandria; plus one after his horse Bucephalus. The Baroque painter, Placido Costanzi depicted between 1736-37 Alexander giving instructions to the architect Dinocrates. This city, and probably the most important of all, was located in Egypt. Part of its relevance was the famous Library of Alexandria, house of thousands of scrolls. We see behind the figures the walls of the city still in construction. This painting was just a model for the one commissioned for the throne room of Philip V of Spain. 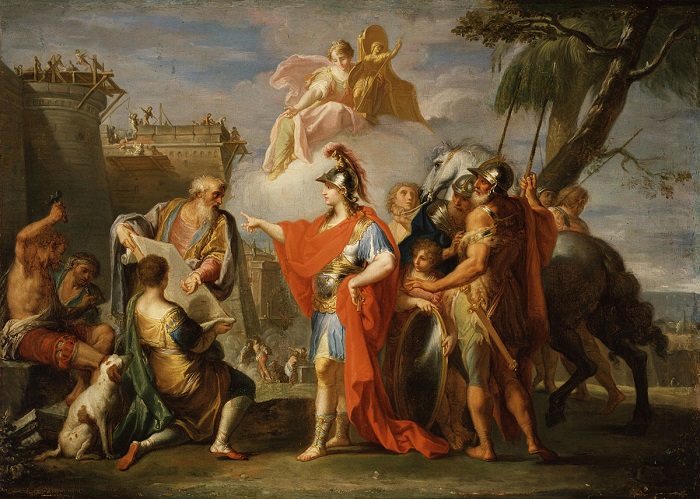 Finally, as any king, he had his own painter. Apelles of Kos was one of the most renowned painters of his time. Although there are so few traces of Greek painting, at least eight of the works attributed to him have survived, among them Aphrodite Anadyomene, which was copied by the Romans in Pompeii. That fresco is believed to be the inspiration for Boticelli’s Birth of Venus. 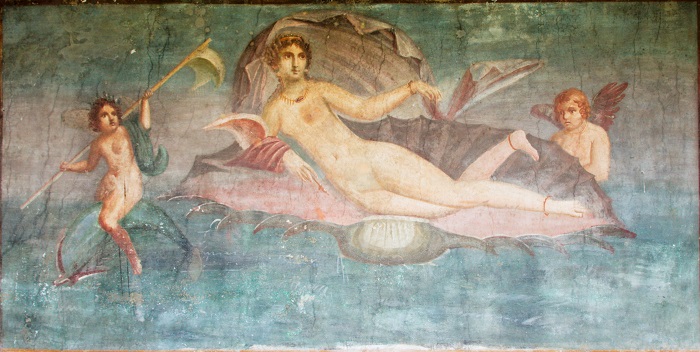 Old Masters showed interest in Apelles realizing various depictions of him realizing works for his king, especially with Alexander’s mistress, Campaspe. Charles Meynier represented the moment when after spending time with her, Apelles ended up falling in love with her and Alexander gave her to him as a sign of gratitude. 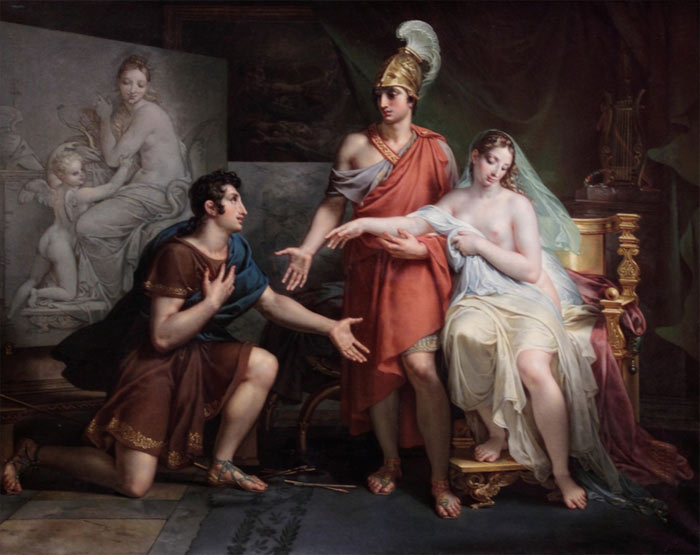 Talking about Alexander’s life and deeds would last pages and pages, as well as the paintings that were focused on him and the people around him. He was the only one capable of taming Bucephalus, he married a foreign woman, Roxanne, he believed to be son of Zeus, and he defeated armies where no one else could have possibly win. Regardless of the veracity of many of the stories about him, his life was unique and those narratives have been used as metaphors. We owned him a lot; he changed the whole world. I invite you to know more about his life through these amazing paintings (the movies don’t do him justice).