The Medici and the Renaissance artists

The Renaissance must have been a wonderful time to live in, if you were wealthy, of course. And to live in Florence at that time meant two things. The first one was that everybody knew who the Medicis were; and the second one, the streets were full of artists, architects, sculptors in hopes that the Medicis would commission them an artwork. Indeed, the Medicis were big fans of fine art and they spent as much as they wanted in expensive masterpieces of any kind.

Firstly, in painting, The Spring was commissioned either by Lorenzo the Magnificent or by Lorenzo de Pier Francesco. This was during the beginning of the Renaissance. 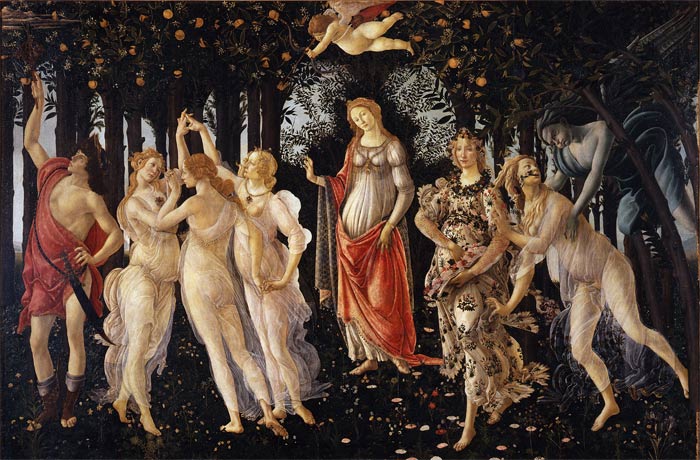 Artists were leaving behind the tradition of the Middle Ages where practically all artworks represented religious scenes. In this painting, Botticelli chose a mythological theme. We see Venus on the center, on the right side, there is Cerifo, the god of wind chasing the nymph of chastity Cloris. As Cloris is being possessed, she becomes Flora who is collecting the flowers that are coming out of Cloris’ mouth. It is thanks to Cerifo that spring is possible as he blows a breeze. Venus is depicted as a Madonna, a married woman with her hair up. Since she is the creative force and organizer of Nature, she gets to be on the center of all.

Just above Venus we see Cupid shooting arrows towards the Graces. These three women are almost nude, only dressed with transparent cloths. Their hair is arranged in an elaborate manner, since only unmarried women were allowed to wear it loose. They seem to be performing some kind of dance to welcome the spring. It can’t be known for sure which Grace is which; however there are hypothesis. One of them suggests that the one on the left, due to her loosen hair, is representing Voluptuosity. Next would be Chastity as she shows a melancholic sight and an introvert personality. And the one on the right would be Beauty as she is elegant. Lastly, on the far left, we locate Mercury who plays the role of Earth-Sky connection.

Yet, this means more to the commissioners than just beautiful art. If one looks closely, we could recognize a few faces from the banker family and close people. For starters, the Grace on the right is Catherina Sforza; meanwhile, the one on the center could be Lorenzo’s de Pier Francesco’s wife and he himself appears as Mercury. The last Grace may be Simonetta Vespucci. In fact, Botticelli considered Simonetta as the stereotype of beauty. Therefore, we can see how these people had a special connection with art. Their power and money allowed them to be immortalized in an extraordinary masterpiece of one of the most famous painters of the Renaissance.

On the matter of sculpture, Donatello owns the Medici a lot. He and Cosimo de Medici were good friends. In 1419, he commissioned a tomb for Pope Baldassare Cossa, which Donatello achieved successfully. Cosimo’s friendship meant for Donatello more than just work. Since Florence considered homosexuality as illegal, Donatello would have been imprisoned had not been close to the Medici family. It seems that Donatello’s revelry had no limit, for in 1434 Cosimo asked him to create a David symbolizing his triumph over his enemies. 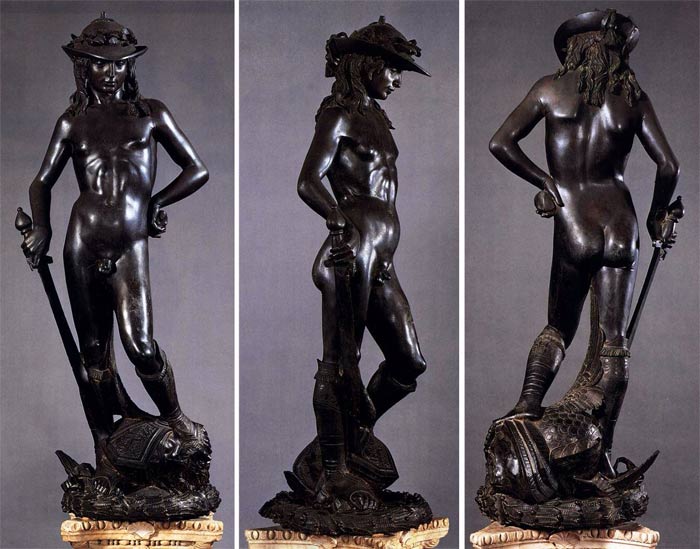 The result was as fascinating as scandalous at the time: a representation of a biblical figure with androgynous aspect as homoerotic. Certainly, nobody expected that. Yet Cosimo placed it on the center of the courtyard of his Palace.

And lastly, in regards to architecture, it is thanks to the Medici that we can admire the amazing Cattedrale di Santa Maria del Fiore better known as Il duomo. 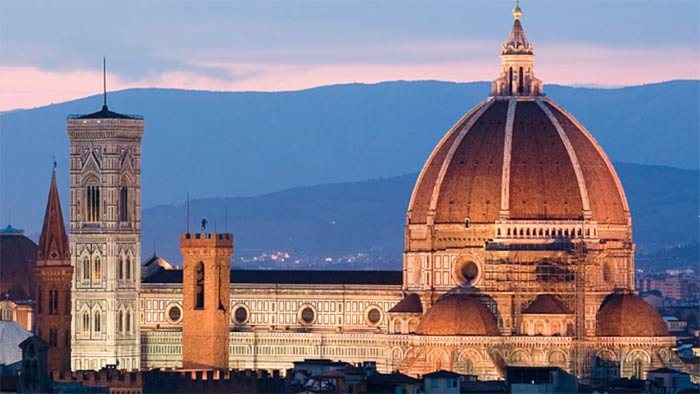 Architect after architect, no one had been able to find out a way to build the enormous dome in decades. Only Filippo Brunelleschi could to solve the problem. He proposed forgetting about the scaffolding, an idea that sounded crazy. The only ones who believed in him were the Medici. Actually, it came to be a win-win situation. One the one hand, Brunelleschi’s reputation went to the skies. On the other, the Medici family legitimize their power proving the population they took the right decisions. Everybody won!

These are just three examples of the legacy that the Medici left. Not only did they were smart enough to become the most powerful family in Florence, but they invested their riches in incredible artworks. Without a doubt, we, art lovers, own so much to the Medici family.