The Life of Michelangelo

You may have never picked up a paintbrush before and know next to nothing about fine art. However, the name Michelangelo is not lost on you. To this day, he remains one of the greatest artists produced by the Renaissance movement. In this article, I am taking an in-depth look at Michelangelo’s life and art career.

Michelangelo di Lodovico Buonarroti Simoni was born on March 6th, 1475 in Caprese, Italy. For generations, his family had been small-scale bankers in Florence. When the bank failed, his father was forced to take a government position in Caprese where Michelangelo was born. Not long after his birth, the family returned to Florence. As a promising young artist, he was fortunate to grow up in Florence; the heart of the Renaissance movement and artistic expression.

In 1488, at 13 Michelangelo become apprenticed to Ghirlandaio, a master in fresco painting and figure drawing. In the year that followed Ghirlandaio was asked to send his two best pupils (Michelangelo and Francesco Granacci) to an influential patron named Lorenzo de’ Medici.

With his apprenticeship over, Michelangelo went on to complete several works. Many of his works are considered masterpieces till today. 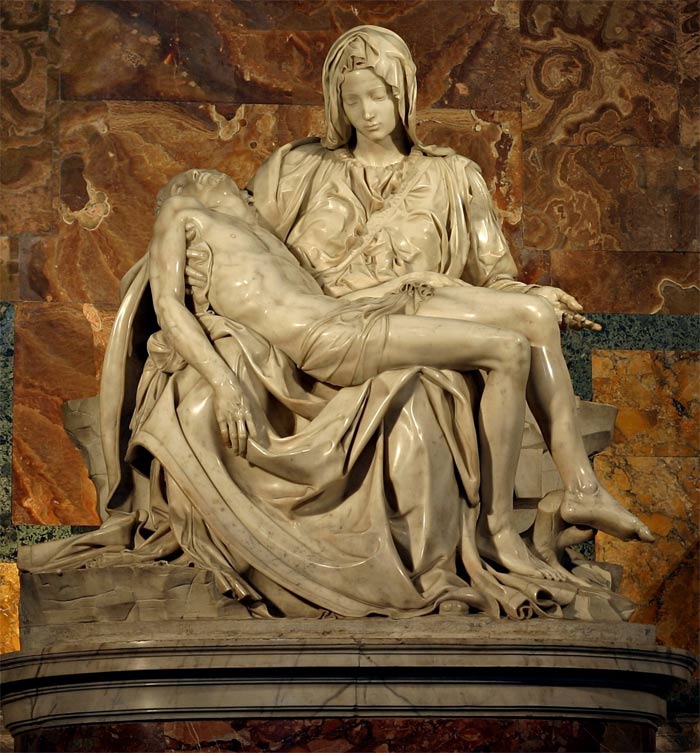 Pietà depicts the virgin Mary grieving over the body of Jesus. His lifeless pose strikes the viewer with a raw visceral feeling of helplessness that allows them to empathize with Mary and understand her suffering. In addition, the triangular composition of the piece, creates a harmonious balance between Mary and Jesus and draws the viewers eyes towards the center. The composition coupled with the raw emotion is no doubt why Pietà is considered a masterpiece.

The statue of David is a sculpture based on the biblical story of David and Goliath. In the story, the nation of Israel and the Philistine army are at war. Goliath is a Philistine giant that everyone fears, except David a young farm boy. With gods help and his slingshot, David kills Goliath with a single stone. With their giant dead the Philistines fled, and the Israelites win the war. 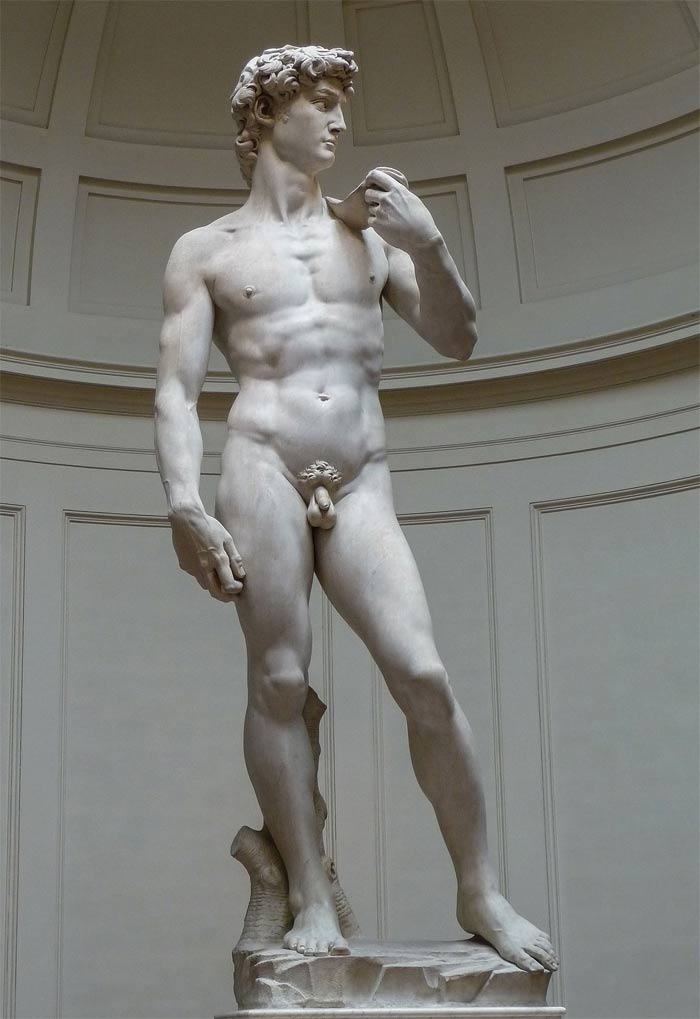 This sculpture was made to be a symbol of Florentine freedom. While David won the nation of Israelite’s freedom, the republic of Florence was finally free from the leadership of the anti-renaissance priest Girolamo Savonarola.

Michelangelo was commissioned by Pope Julius ll to work on the Sistine Chapel ceiling. He was originally commissioned to paint the twelve apostles on the triangular pendentives supporting the ceiling and to cover the central part of the ceiling with ornaments. Instead Michelangelo persuaded Pope Julius to give him more freedom on the project, and proposed a complex scheme representing the Creation, the Fall of Man, the Promise of Salvation and the Genealogy of Christ.

The painting stretches over 500 square metres of ceiling and has over 300 figures. At the centre of the piece are nine episodes from the book of Genesis, divided into three groups: God’s creation of Earth, God’s creation of humankind and their fall from grace and humanities state during Noah’s Ark. Painted on the pendentives are 12 men and women who prophesied the coming of Jesus; seven prophets of Israel and five sibyls (prophetic women) of the classical world. 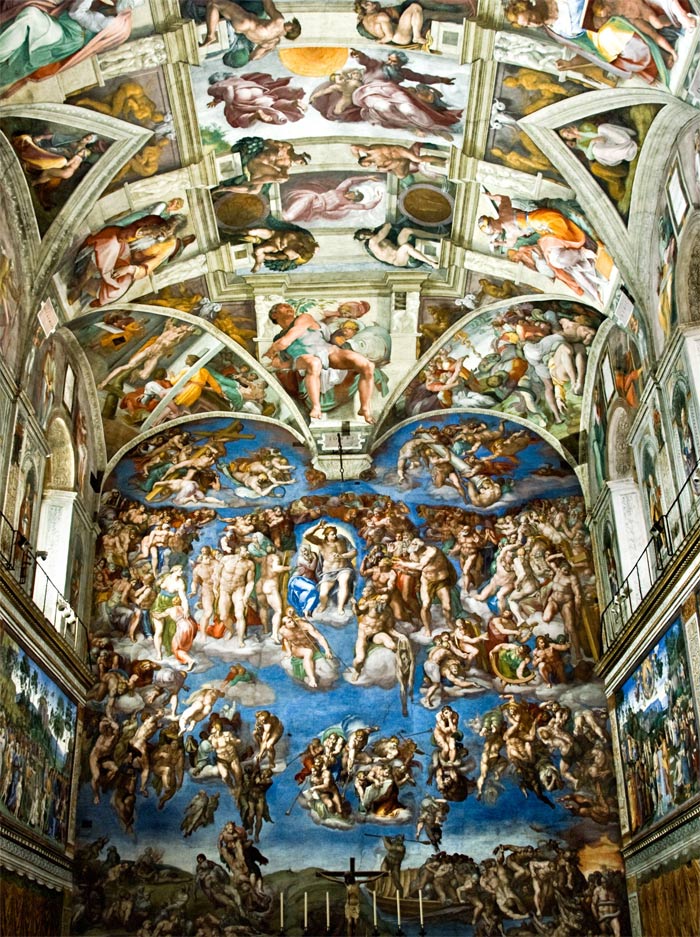 Michelangelo continued working till his final years, until he died in Rome in 1564 at the age of 88. His body was then taken from Rome and buried in Florence, fulfilling his last wish.

To this day, Michelangelo has remained the figurehead of the Renaissance movement. Many of his works have withstood the test of time and are still considered masterpieces. They have been an inspiration for artists throughout the centuries, and many have even tried imitating his famous works.