Sorolla’s secret to his impressive technique 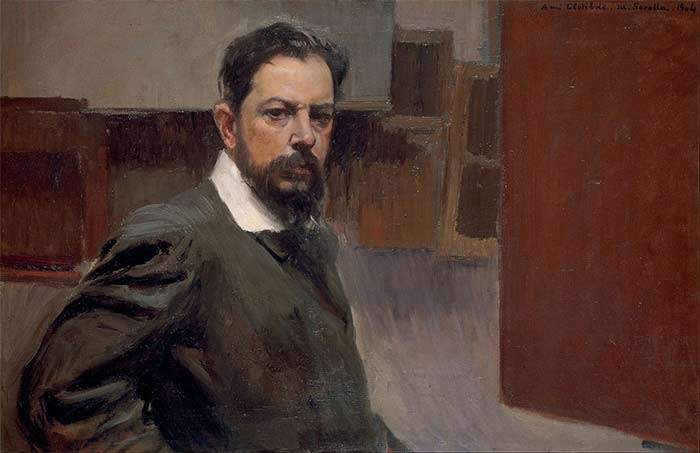 Spanish painter Joaquín Sorolla y Bastida was born in Valencia in 1863, at the time in which Impressionism was starting to thrive in France. As his parents died from cholera when he was two years old, he was raised by his aunt and her husband. His uncle, a locksmith, wanted him to follow his profession, but Sorolla took on studies at the Saint Charles Royal Academy of Fine Arts of Valencia instead, where he met Impressionist painter Ignacio Pinazo, from whom he would take the influence of painting en plein air (outdoors). 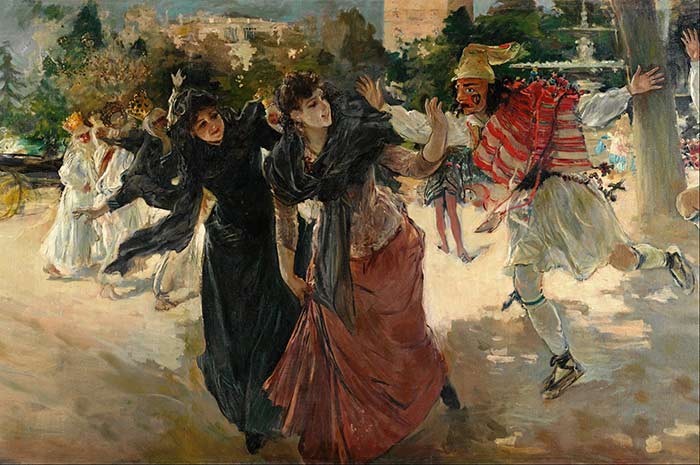 Another early influence was Velázquez; while staying in Madrid, Sorolla inspected his paintings in the Museo del Prado and learned from them as much as he could. Then, frustrated by not being able to win prizes with his sea paintings, he deliberately treated historical war subjects which he knew would please the judges. They did, and that gave him the chance to study in Rome, where he was able to observe the works of the Old Masters, and Paris, where he became in contact with the French Impressionists’ work. 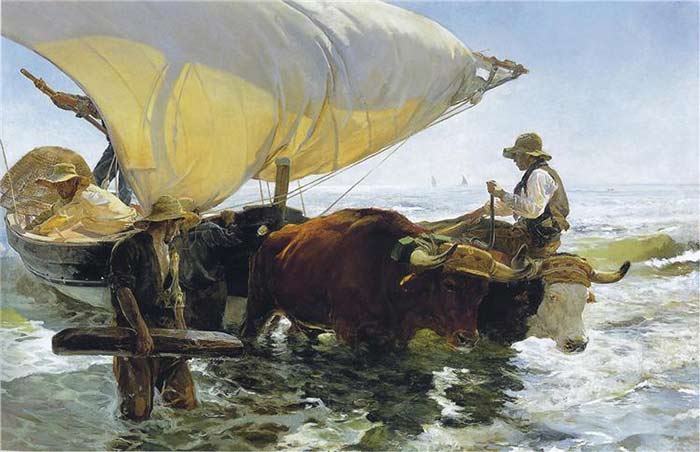 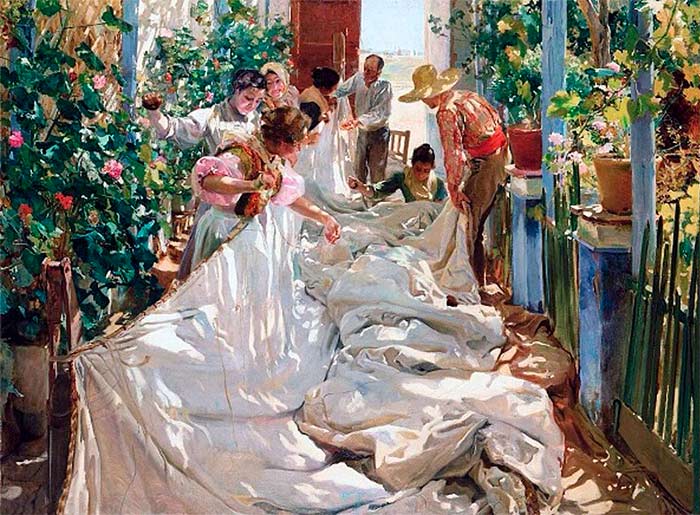 Upon marrying Clotilde García del Castillo, his favorite muse from Valencia, with whom he would have three children, the couple moved to Madrid, where he rose to fame thanks to his social themed paintings, for which he gained not only prizes and national recognition, but also the economical solvency and thus the artistic freedom to paint what he wanted. Later in his life, he would also achieve international success, both in Europe and in the United States. 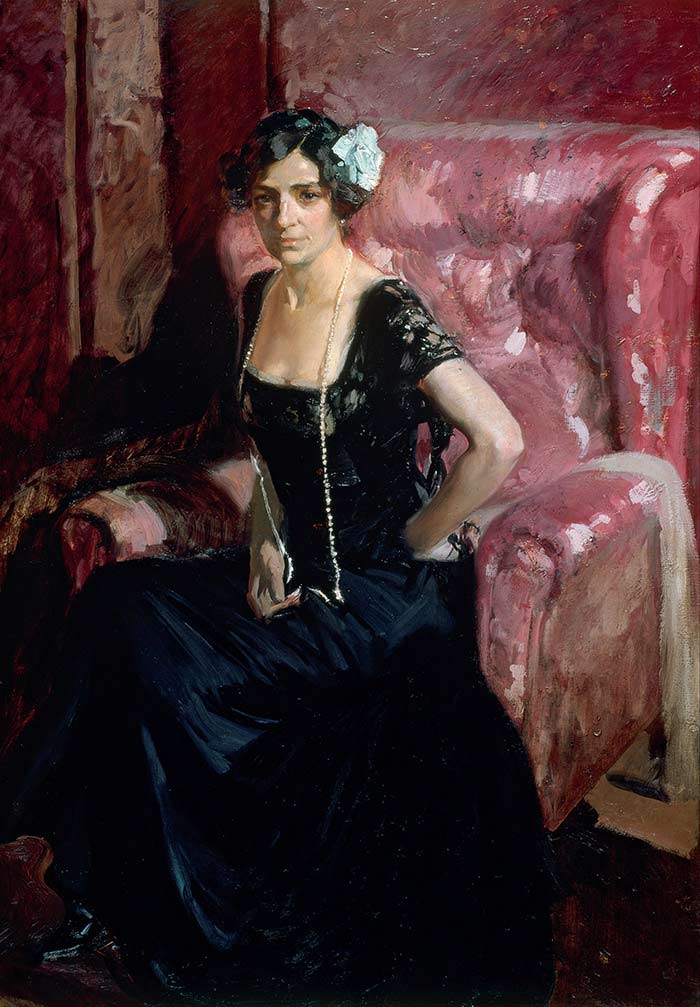 His everyday beach scenes, often representing his family, are peaceful yet vital. In them, time seems to pass slowly, yet steadily. The slow movement is present in the soft waves of the sea and the dresses being pushed by the breeze, but there is nothing slow in the impromptu motions of the brush; Sorolla himself said he would not have been able to paint if he had to do it slowly. The celerity of his strokes also allowed him to work on large canvases only taking a day or two to finish a painting, six at the most. 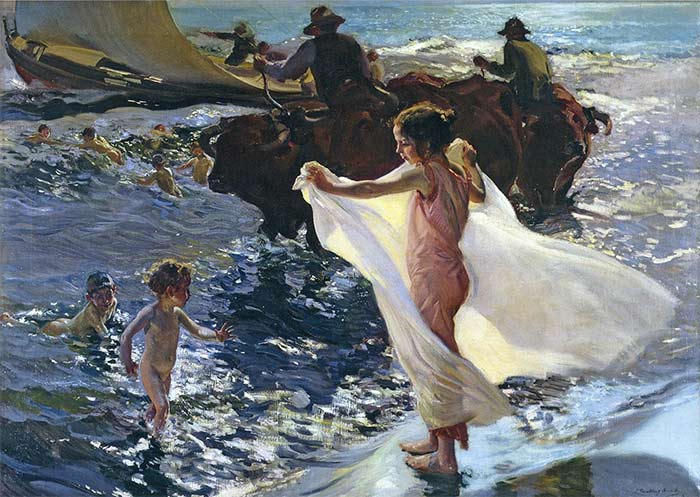 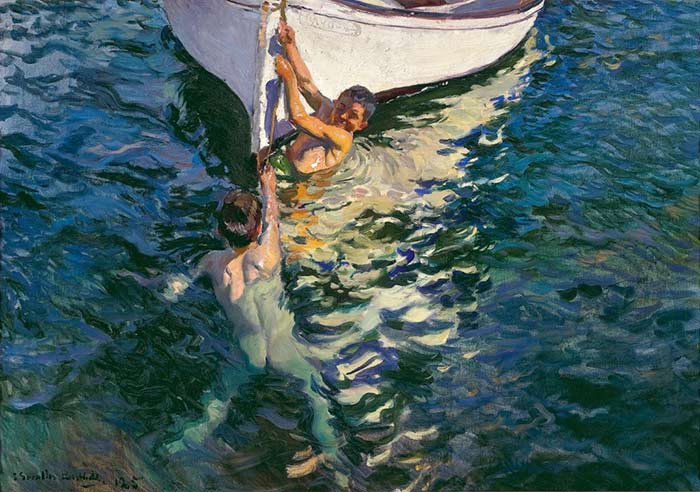 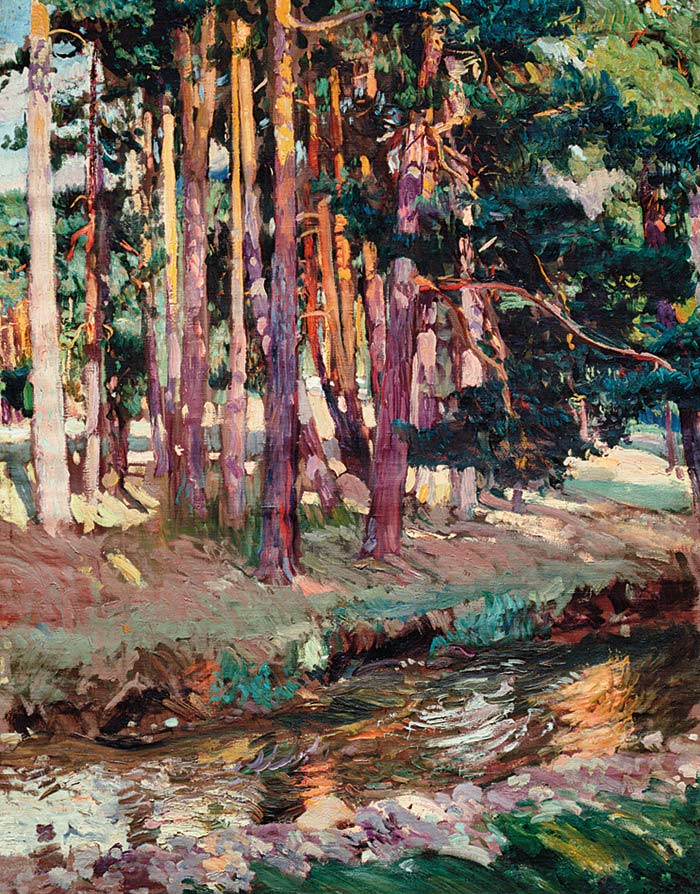 Sorolla explicitly hated darkness, and thought that painters could not be able to reproduce sunlight as it is. Nevertheless, he tried, and it can be appreciated glowing in the naked skin of young boys and also time and time again reflecting on the inviting water of the sea. His style became known as the Valencian Luminism, and was followed by other artists, such as his student Teodoro Andreu, to whom he acussed of having stolen the light from him, as a sign of praise. 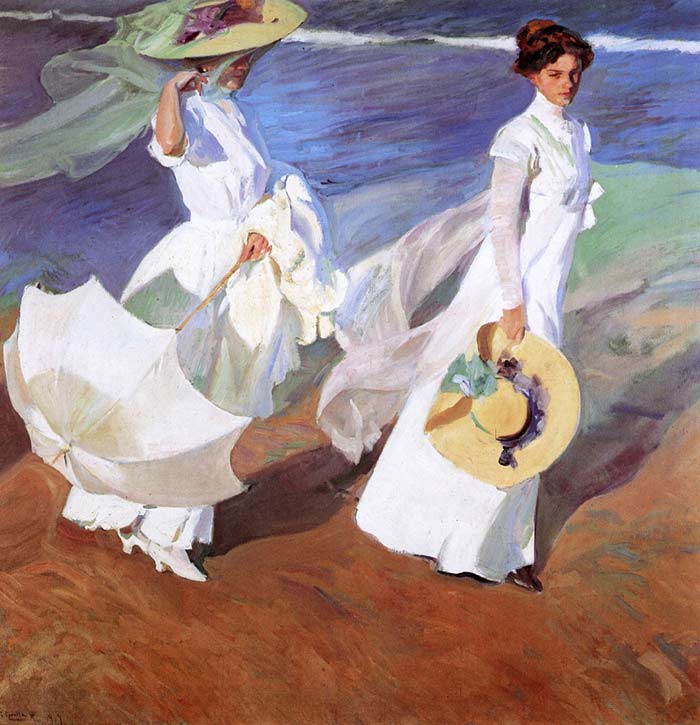 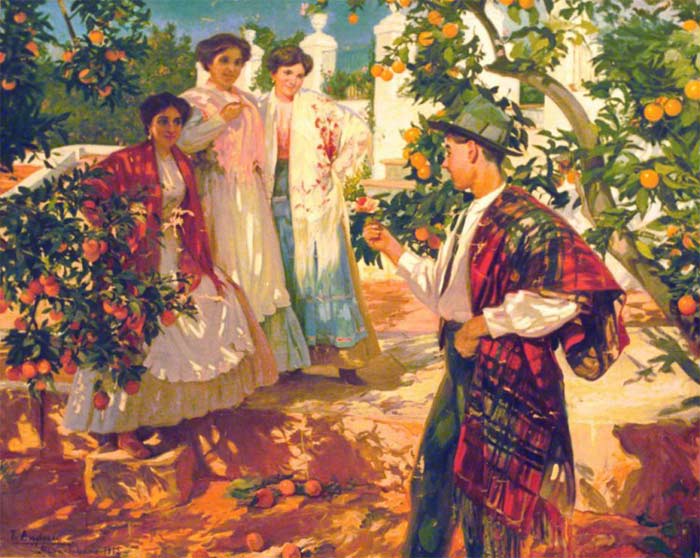 Sorolla’s solid technique, which he had acquired through years of study, let him improvise without knowing what a painting would look like until it was finished. According to him, the secret of his ability to depict elusive moments in hurried yet elegant strokes was based on observation, or as he once wrote to his wife: ‘I always paint with my eyes’. 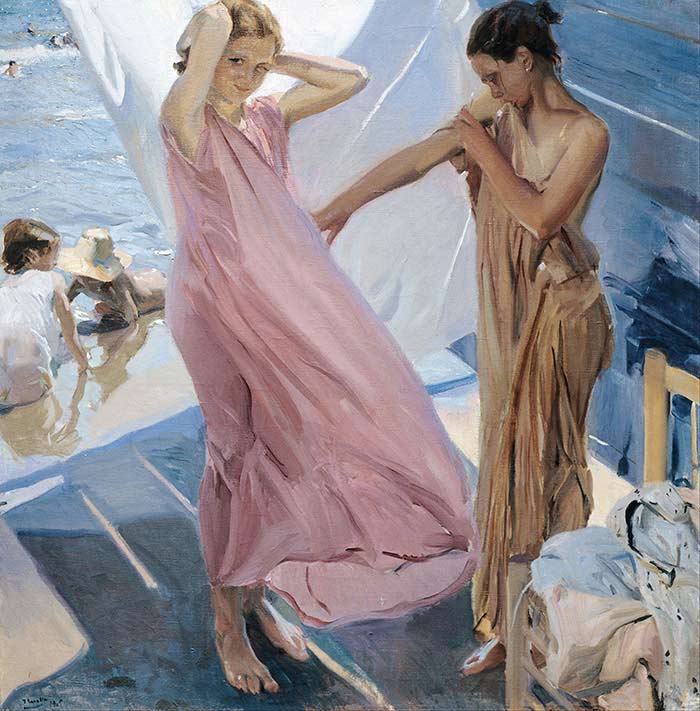 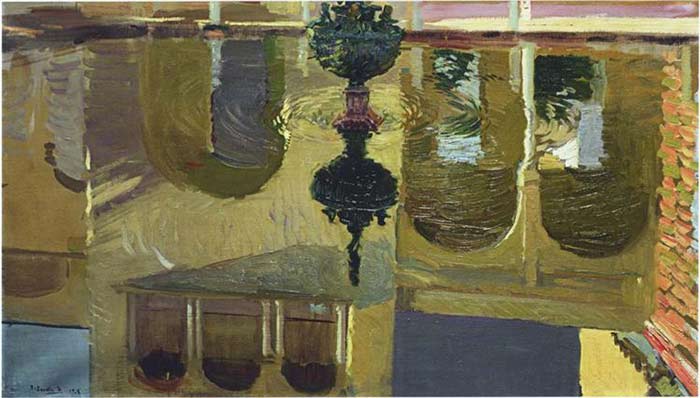