Throughout art history, there are very few accomplished female painters. This was caused by numerous factors, most relating women being too “delicate” for work. Despite societal standing, a small portion of determined souls were able to learn the art. One of the first and most successful female painters was Artemisia Gentileschi, one of the Great Masters from the Baroque period, famous for her depictions of Judith. Her works were skillfully rendered, full of a feminist’s spirit, and rival that of her male contemporaries. 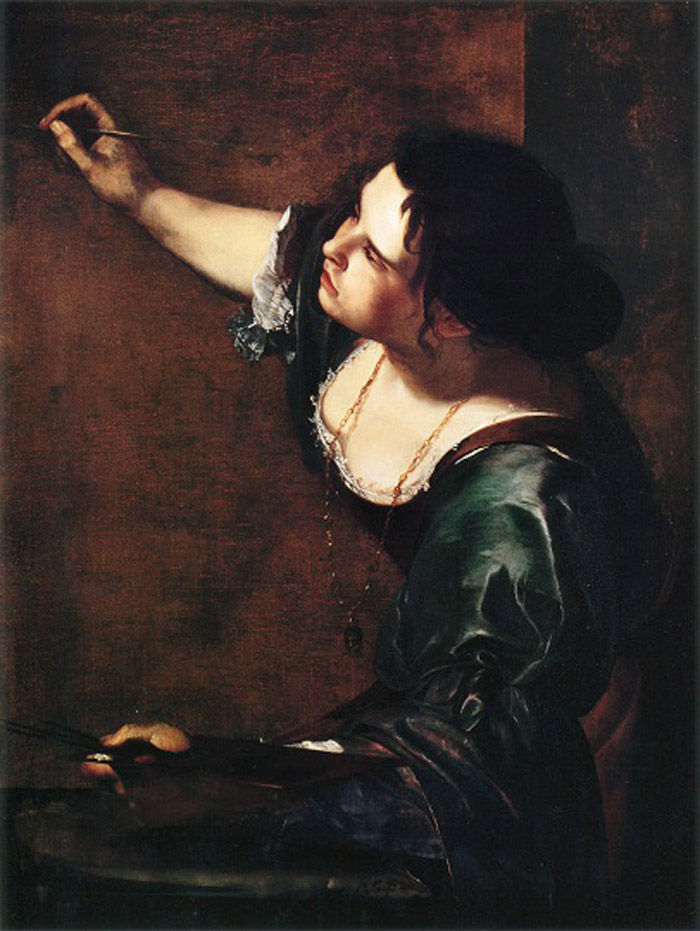 Self portrait as the Allegory of Painting by Artemisia Gentileschi

Artemisia was born on July 8th, 1593, in Rome. She exhibited extraordinary artistic talent in her youth. Her father, Orazio Gentileschi, was able to recognize this and decided to train her, as women were not allowed to attend art academies in the 17th century. Orazio was no stranger in the field of painting. He was a Caravaggisti, or a follower of Caravaggio. His works incorporated the chiaroscuro technique, creating incredible tonal contrast and drama within a scene. Artemisia became influenced by the same technique and, for some time, critics could not tell whether she or her father had made a particular piece. From further training and expanding her view on life in general, Artemisia began to develop her own sense of style. 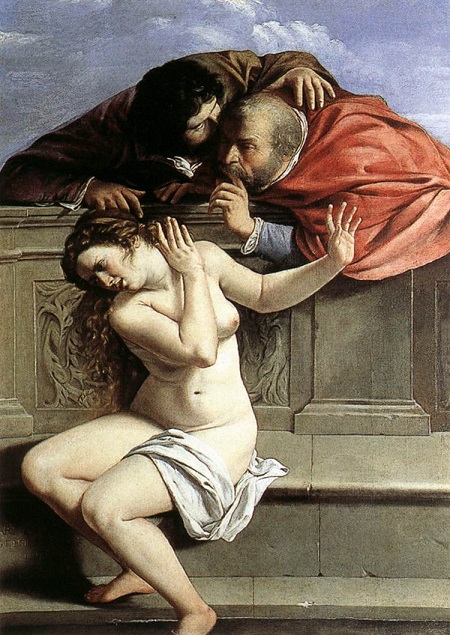 “Susanna and the Elders” by Artemisia Gentileschi, 1610

Her first known work is titled “Susanna and the Elders”.

In 1611, Orazio appointed someone else to be Artemisia’s tutor, perhaps upon a request to further his daughter’s abilities. The painter he selected was Agostino Tassi, as the two were already collaborating on frescoes. Not long after the tutelage began, Tassi raped the young Artemisia. He swore that he would marry her in order to amend Artemisia’s damaged honor and the two continued their affair, but, nine months later, he went back on his word. Orazio discovered what Tassi had done and had him arrested.

This started the long and treacherous rape trial that placed Artemisia’s name into infamy. The case was incredibly public, which was not desirable considering what Artemisia was put through over the next seven months. To test if she was still as virgin Artemisia was physically examined in front of a judge. In addition to that, thumbscrews were used to get a truthful testimony out of her. This must have been torturous for a painter, as thumbscrews were devised used to slowly crush the hands or fingers, making it difficult to work. The trial eventually revealed that Tassi had a criminal record. He already had a wife that he raped and murdered, committed adultery and incest with his sister-in-law, and had ideas on how to steal some of Orazio’s pieces. Tassi was sentenced away, but never served his time.

After the trial was over, Artemisia went on to become a great success in the Baroque world. She married and moved to Florence, where she became the first woman to enter the Accademia della Arti del Disegno. Artemisia started and maintained connections with some important people, including Grand Duke Cosimo II of the Medici Family and Galileo Galilei. She and Michelangelo the Younger, nephew of the legendary Michelangelo Buonarroti, who asked Artemisia to decorate the Casa Buonarroti. 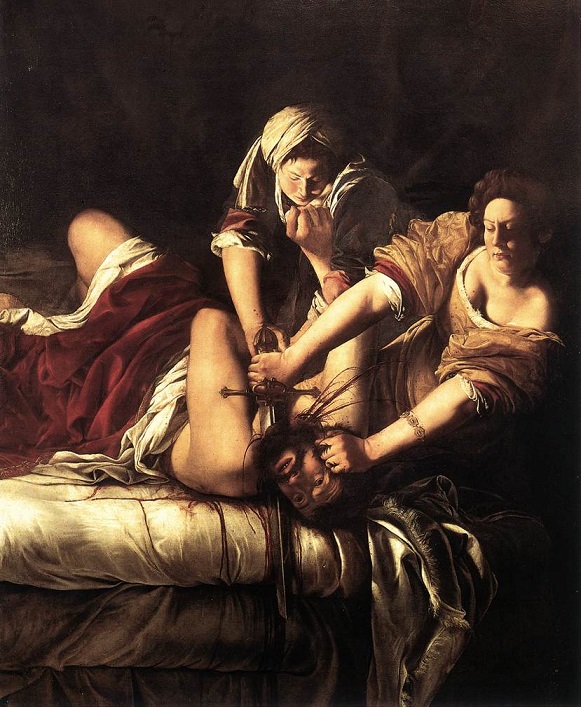 Artemisia left Florence in 1621, and returned to Rome. Not much is known about this stage of Artemisia’s life. Some believe that she went to Genoa later on, yet there is not enough evidence to ensure this, though it is known that she went to Venice for three years during this period. Due to her style – strong and defiant – Rome did not receive Artemisia very well, despite how much her career had grown in Florence. In search of better opportunities, she set off for Naples in 1630. She ended up getting more reception, appreciation, and commissions there.

Judging from her time in the city, Artemisia must have loved Naples, as she did not ever permanently leave. Between 1638 and 1642, she had lived in the English court where Orazio was working at the moment. Other than that, Artemisia stayed in Naples until her death, which remains a mystery. At first, it was believed that the artist died in 1652; recent evidence contradicted that. One theory suggests she died from a Neapolitan plague in 1656. Another suggests that the lack of documentation is due to suicide.

Overall, Artemisia Gentileschi, despite her tough beginnings, grew to one of the most influential painters of the Baroque. She commonly created strong, determined females, a stark contrast to her contemporaries, the majority being male. Roberto Longhi once wrote that Artemisia was “the only woman in Italy who ever knew about painting, coloring, doughing, and other fundamentals”. While this may not necessarily been true, as there were a handful of other Italian female painters, it was quite the feat to achieve that glorifying exaggeration.