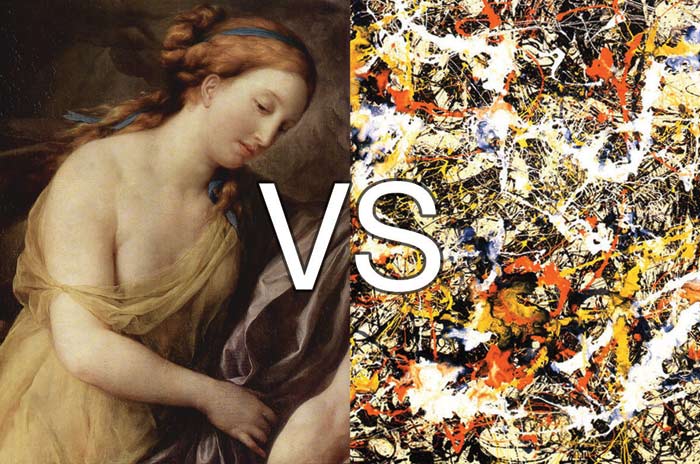 If you are an art lover, just like me then you have probably realized that having a great technique has somehow became an old-fashioned thing. At the same time everything that is ‘shocking’ or ‘strange’ has been labeled as ‘creative’.

One may find oneself confused and lost about which way to go as an artist and it is surely a reasonable question. In order to find answer to our question, let’s take a closer look at ‘creativity’ and ‘technique’ and what these words really mean.

Through centuries and probably ever since humans started painting and expressing themselves through arts, artists have been thriving for a greater knowledge regarding technique. This was the main reason why painters were also scientist for hundreds of years. The old masters were restlessly searching for more vibrant colours and were perfecting their technique to make their works more magical and more enchanting for the eyes.

The main goal of artists at the time was to create real masterpieces, not just another painting. This desire made Da Vinci perform autopsies on dead bodies, even though at the time it was very dangerous and he literally risked his own life.

He wanted to know everything about the anatomy of human bodies to be able to paint better and better artworks. However mastering only technical skills had its disadvantages. Paintings rarely had deeper meanings, hidden messages or personal insight regarding their time or the society they lived in. Artists were commissioned by the church and later on by the wealthiest people of society, which made it almost impossible to create more personal pieces.

Now let’s talk about creativity for a minute. Creativity has become a hype word in the past few decades and it was given a new meaning. Every piece of art, which is shocking, disturbing, has no actual meaning or simply no one can understand, have been described as creative. Most of the times these paintings have nothing to do with creativity. Originally creativity is a word we use to describe a divine process when something new and valuable is created, something that surprises the viewer in a pleasant way. Something that is surprising is not necessarily shocking and shocking is not always creative. Unfortunately today more and more painters use shock value to get more attention and publicity, these artists often go as far as calling themselves geniuses. In reality most of their works simply cannot be understood, because these pieces have no meaning and were created with bad technical skills.

As a conclusion we can barely say that in order to be a great artist you need to be creative and you also need to have great skills. Painting without technique is like a bird without wings, and it can make your work very difficult and painful. The worst thing is that deep down in your heart you will always know that you are not doing your best, which is a very frustrating feeling.

I encourage everyone to fearlessly explore all corners of their minds and be as creative as possible, while at the same time learn and study restlessly to have a great skill-set.