Vasari and his legacy

The society and the educational system of today prepare us to be specialists. Either you are a doctor, or a mathematician, or an artist. Hardly, though not impossible, you’ll find someone with more than one college degree, especially in different areas of knowledge. However, in the 16th century, this was not the case; as a matter of fact, if you were dedicated only to one specialty, you were kind of average and not interesting at all. During the Renaissance, we find architects who also painted and sculpted masterpieces, such as Leonardo da Vinci and Michelangelo. They were complete artists. We can say that Giorgio Vasari belongs to that exclusive group, he was a painter, architect, art historian and a writer. 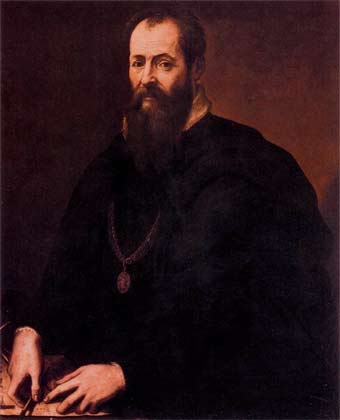 Vasari was born in Arezzo, 80 km south-east of Florence, in 1511. His very name linked him to art: Vasari comes from the Italian word “vasaio”, meaning pottery. In fact, his family had a long history of artisans. One of his ancestors, Lazzaro Vasari, was included on his “Vite” as a painter.

When he was young, Giorgio Vasari, was the apprentice of the French glassworker Guillaume de Marcillat, famous for his work for the Cathedral of Arezzo. He later moved to Florence where he learned from Michelangelo, and in 1529 moved again this time to Rome. He studied more paintings and techniques of the Great Masters by copying his works.

Vasari was an ambitious man, he knew very well he needed powerful people to get what he wanted. That is why he worked for rich Florentine nobles such as Ottaviano de Médicis and Bindo Altoviti. Nonetheless, Vasari kept moving from city to city receiving commissions.

In the 1540s, Pope Paul III who chose him to paint the frescoes of the Palazzo della Cancelleria. 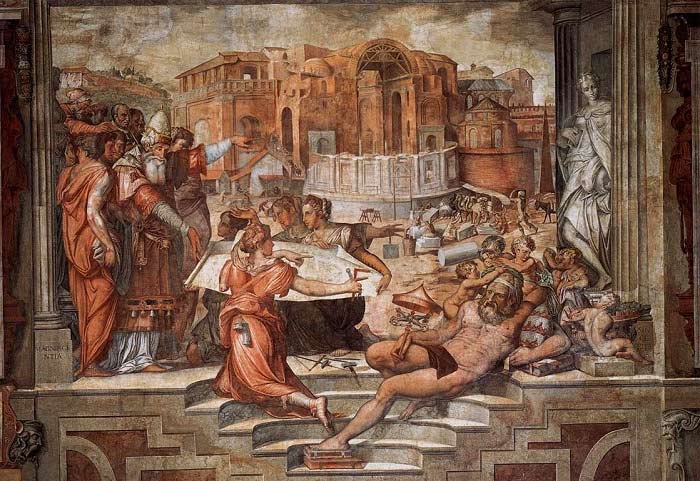 During that decade he returned to Florence where he became indispensable for the Medici family. He was entrusted with the frescoes of the family’s palace, he designed the ornamentation for the wedding of Francesco I de Medici and Joanna of Austria, he decorated the interior of Brunelleschi’s dome. 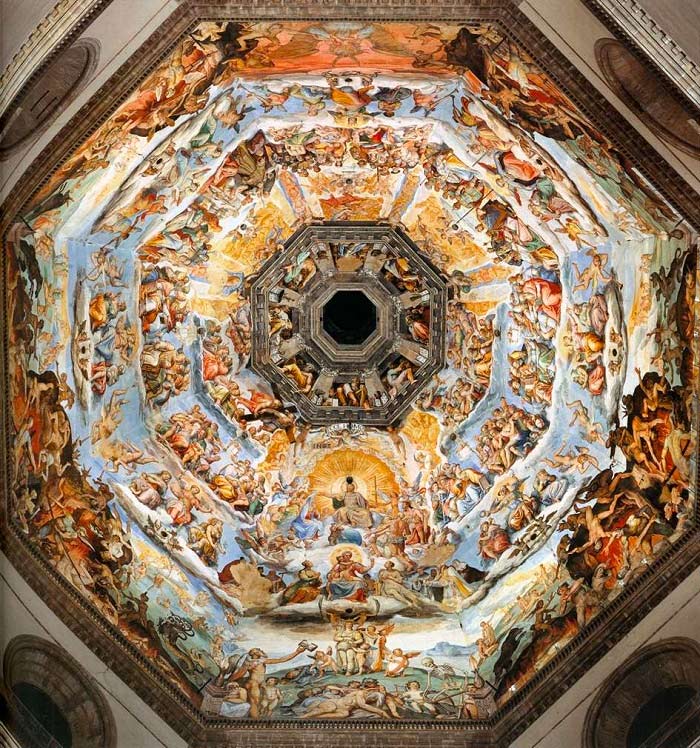 Vasari also was in charge of building a corridor between the Palazzo Vecchio and the Palazzo Pitti, known today as the Vasari Corridor. 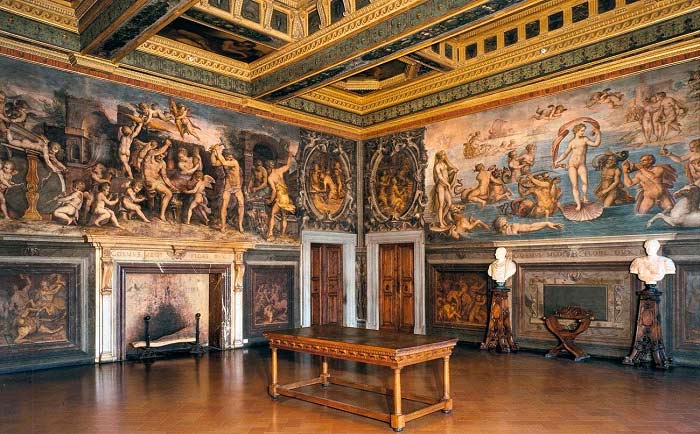 Probably more importantly for him was the task of organizing the funerary ceremonies for Michelangelo. Vasari loved him. He referred to him as the greatest artistic genius of all times in the chapter dedicated to the author of the “Last Judgment”. It is perhaps this admiration that led him to follow the Mannerist movement, although his works would never achieve the level of his great master. Actually, as it so often happens when one wants to do more than one thing, his development in the various areas of knowledge was unequal leaving painting behind his written records. 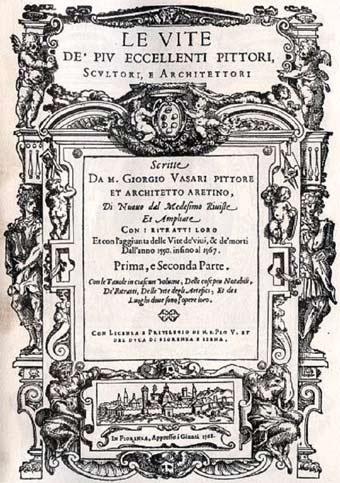 Without a doubt his masterpiece and the reason why he is so important in Art History is his series of biographies: “Le vite dei piu eccellenti pittori, scultori e architettori”.

It was published in 1550 and became one of the most influential books in art history as perhaps the oldest book in the matter.

However, we cannot forget that this is a highly partial recollection of the artists of the time. Indeed, he shows a clear preference for the Florentine art ignoring Venetian style as well as other parts in Europe. Furthermore, his account of the lives of the artists included can’t be completely trusted, many anecdotes are misplaced and a lot of gossip that amuses the readers. 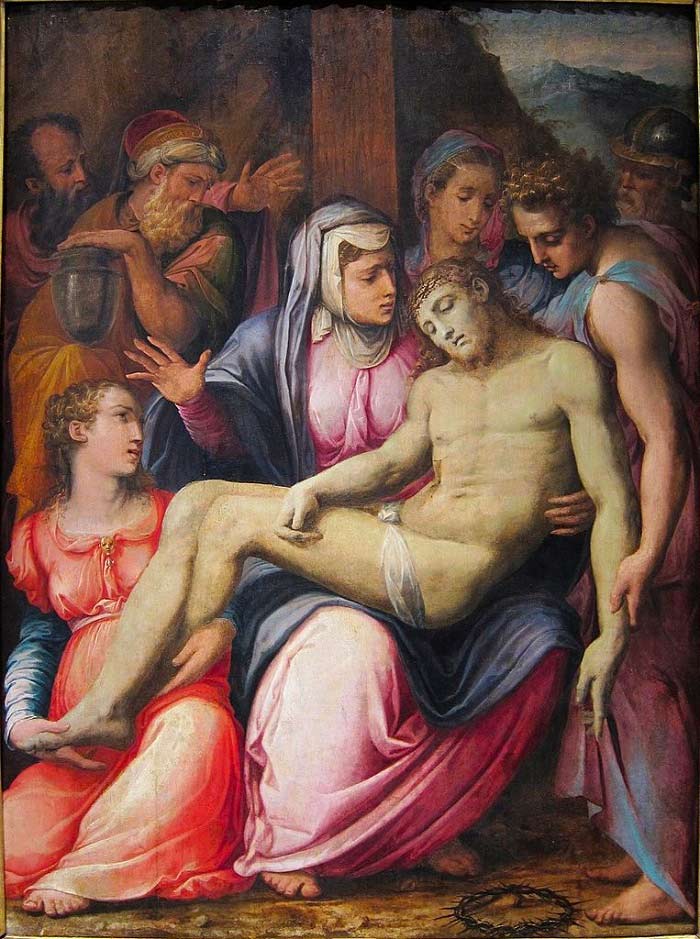 Regardless of his inability to be objective, Vasari’s Lives are a fundamental part of the literature of Art History. In a way, it lets us see the Renaissance through the eyes of an artist more than from a biographer.

It is quite understandable why his writings were and are still so popular. At the end of the day, who doesn’t enjoy celebrity gossip?