The Four Continents, an allegory

Since the beginning artists have tried to represent those things which are abstract by transforming them into persons, thus allegories. We see rivers, mountains, feelings, and many other things acquire human forms with personalities. One of my favorite allegories is the “Four continents”, i.e. Europe, Asia, Africa, and America (Oceania haven’t been totally discovered, and those islands who were known weren’t considered as a different continent yet). During the seventeenth century, with the discovery of the American continent, artists were inspired to depict this “new” continent with its companions. The question is, how do you represent them? They’re not exactly abstract, as they do have a shape and location, but painters wouldn’t design just another map, would they?

Between 1612 and 1615, the Flemish painter Peter Paul Rubens realized his interpretation of the “Four Rivers of paradise” as it is also called. 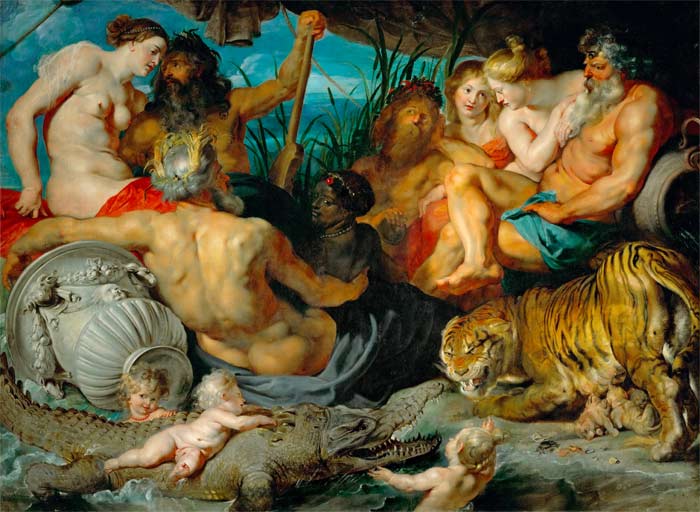 In it, we can see four couples. Rubens gave each continent and its river physical characteristics that allow us to identify them. On the far left, we see Europe accompanied with her main river, the Danube. 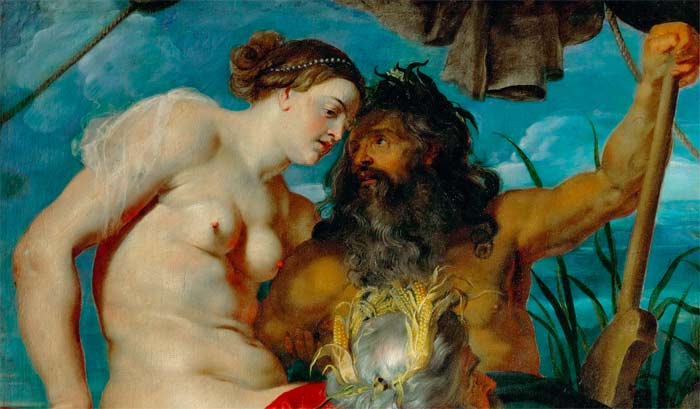 Besides them, the Nile River is partnered with Africa. 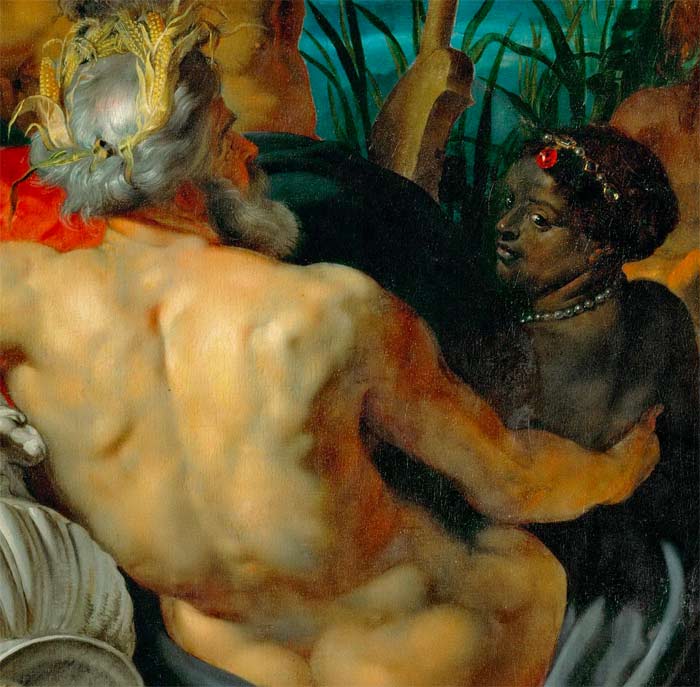 The tigress fiercely protecting her cubs is below the image of Asia and the Ganges. 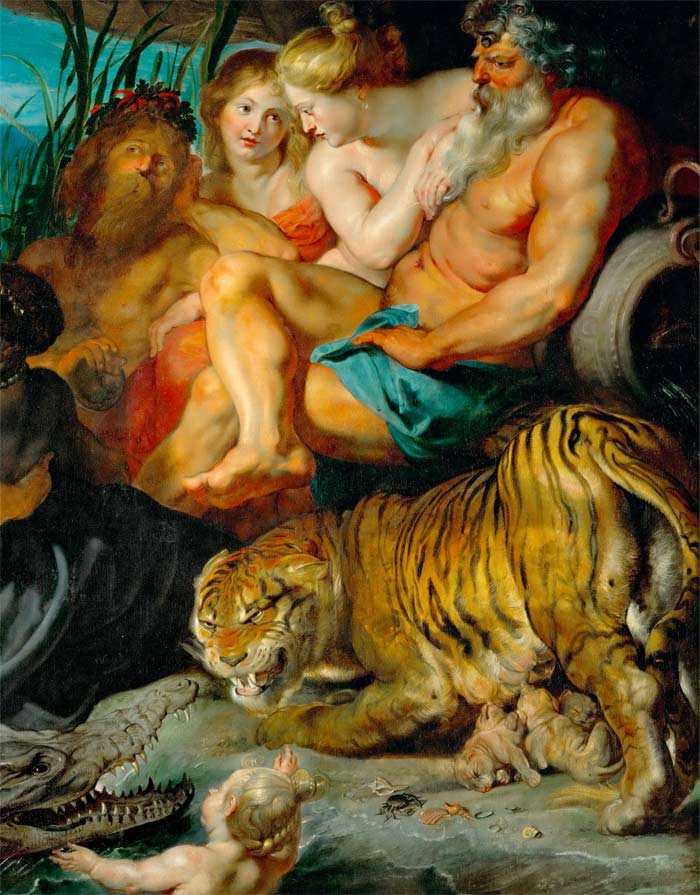 Finally, the youngest woman is the representation of America, the New World, with the Rio de la Plata. One interpretation that has been given to this painting was that as Europe was submerged in a period of on and off religious war, this may indicate Rubens desire for peace and abundance.

Another famous allegory is Tiepolo’s “Apollo and the Continents” created in the 1750s. 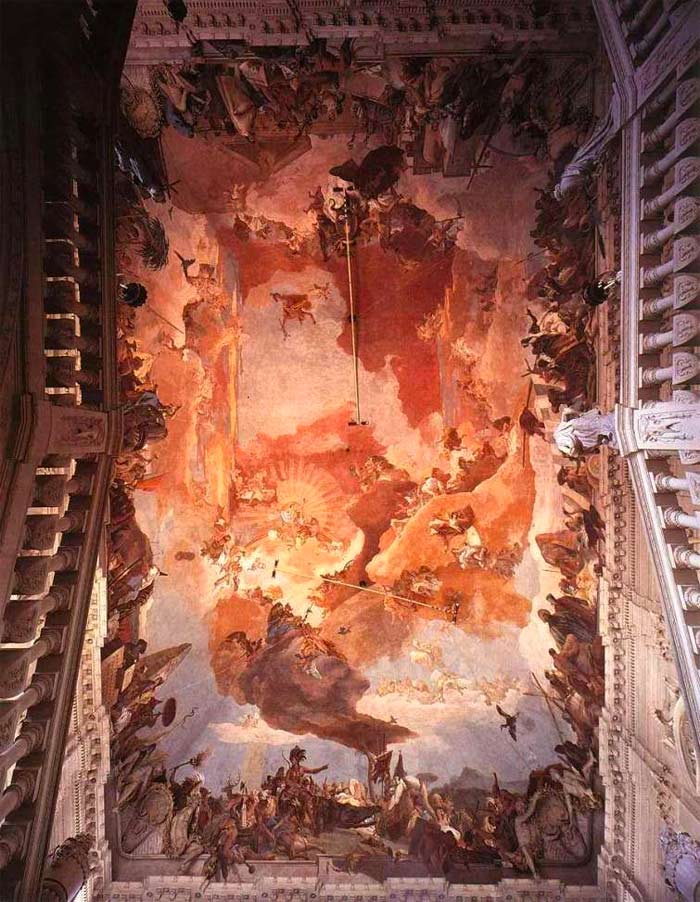 It is a fresco located above the staircase of the Residenz Würzburg, Germany. As one approaches the staircase and begins climbing it, the viewer discovers new elements of the image. Tiepolo went even further and included gods, planets and the zodiac. Apollo is portrayed at the center of the artwork as the God of the Sun while the continents pay him homage. It was designed to glorify Bishop Carl Philipp von Greiffenclau who commissioned the building. Masterpieces like these is what makes of Tiepolo one, if not the best, painter of the Rococo era.

Sculptors have also tried to represent the continents. One of them was Jean-Baptiste Carpeaux in 1872. As part of a commission by Baron Haussmann, the French sculptor created “The Four Parts of the World” to be a fountain. 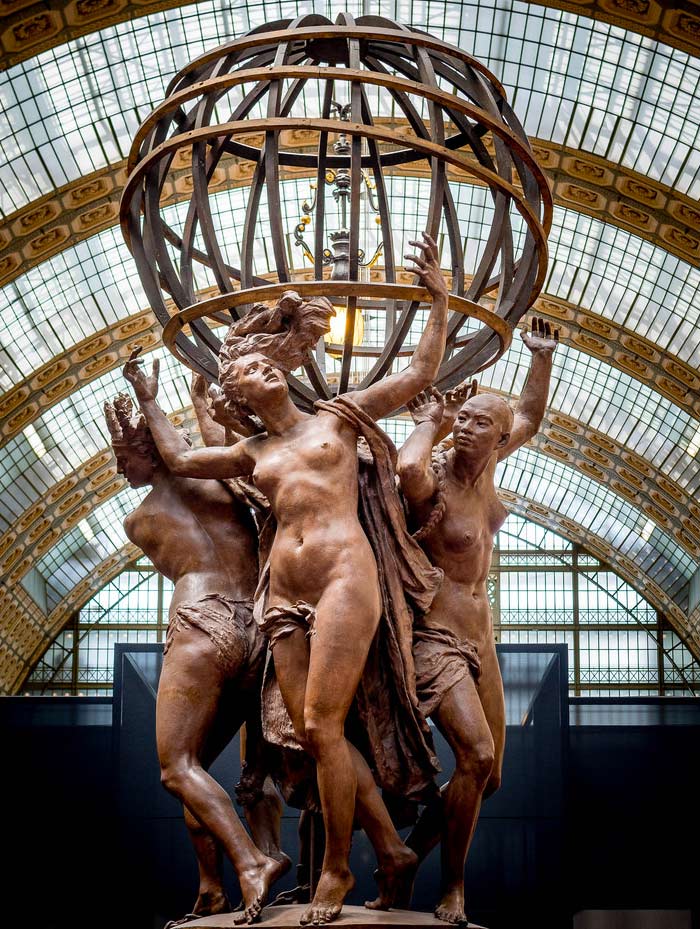 For the task, Carpeaux decided to arrange the four allegories dancing in circle as they hold up a sphere representing the world. Just like the previous painters, he attributed specific physical features to each woman. What’s most important about this sculpture is that it seems that Carpeaux wanted to give a political and social statement. As we examine the work, we notice that the African continent has a chain around her right ankle, on which America is stepping on. This way, the sculptor remembers the enslavement of the African people who were shipped to America. It served as a reminder of the terrible behavior that had just been abolished seven years earlier.

As we can see, from these three examples, humans have always been intrigued by the abstraction of things and how can we make it tangible. It is very interesting to see how each author chooses to portray something that we can really see.