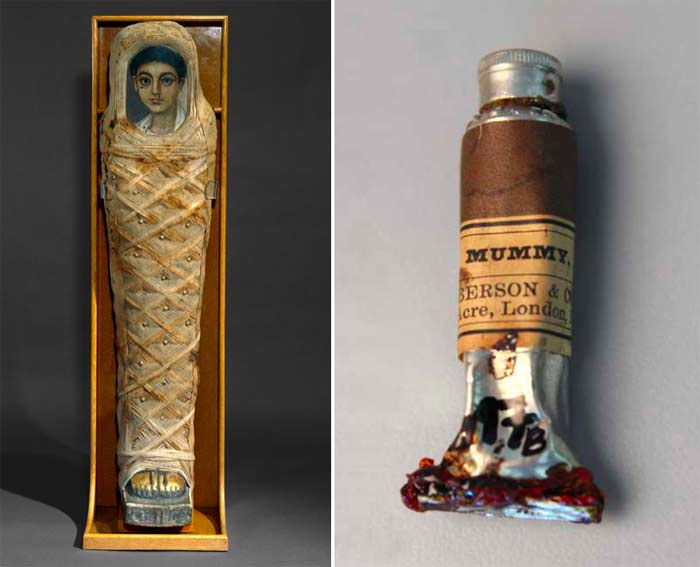 Article by Celine Teh

Painting with egg yolk and milk is already weird enough, then what about painting with people’s flesh? It may sound creepy at first, but there was such paint that populated among artists in the 18th and 19th centuries, known as the Mummy brown. As its name indicates, Mummy brown mixed ground-up remains of ancient Egyptian mummies and Guanche mummies of Canary Island with white pitch and myrrh, resulting in a rich, glossy brown pigment. In addition to art supplies, mummy powder was also believed to have medical benefits and became one of the most common drugs prescribed by psychiatrists, by rubbing onto skins or adding into drinks.

As early as the 1700s, Mummy brown was being mass-produced with the saying that each mummy is sufficient to meet the customer demands for 20 years. The pigment reaches its popularity summit in the mid-eighteenth to nineteenth centuries, due to its tendency to mix well with oil paint and watercolor and produce lovely effects when used for shadows, shading, and glazing. Mummy brown was favored by the Pre-Raphaelites, a group of English painters in 1848 who were inspired by Italian art of the 14th and 15th centuries and sought complex details and vivid colors. Artists like Eugen Delacroix, Edward Burne-Jones, and Sir Willian Beechly have been documented for purchasing it. Although it is unclear which painting in specific is painted with Mummy brown, there are some suggestions. 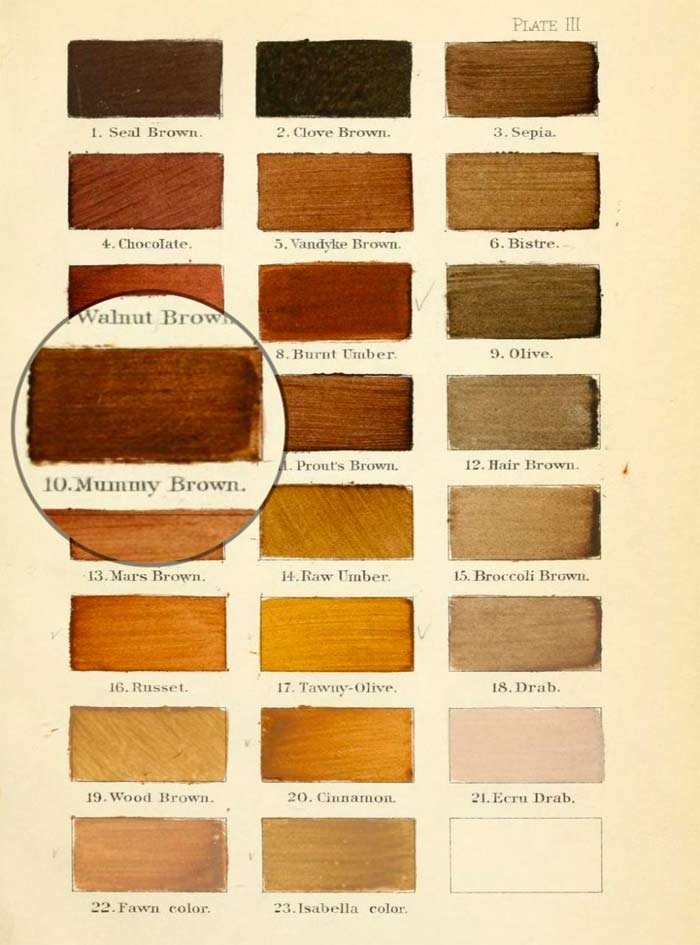 Interior of a Kitchen is the most reputed artwork that extensively made use of the Mummy brown. Painted by Martin Drolling at the Louvre in 1815, this piece of artwork gained him prominence. In the painting, two women, one sitting beside the window and one on a chair, look at the painter, while a child sits on the floor. The open window allows yellowish light to illuminate the house, and the shadows created using the mummy brown provokes a warm, cozy, and ordinary pleasure. 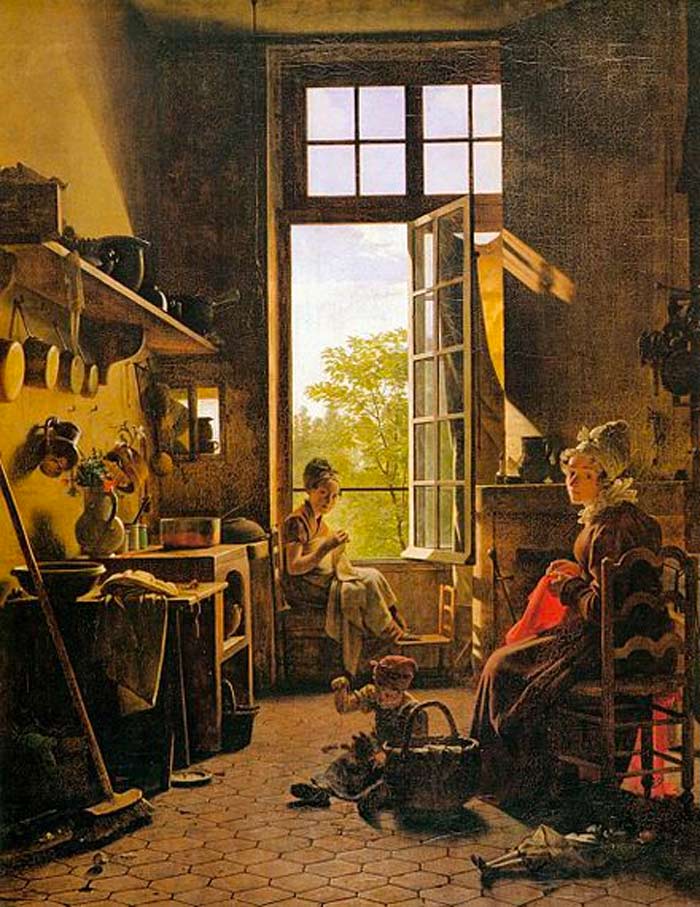 Another piece of painting may also have utilized the Mummy brown — Liberty Leading the People. French painter Eugene Delacroix was inspired by the 1830 Paris uprising and created his most renowned artwork in 1830. The audiences’ attention was attracted to the iconic, tricolor flag, but the painting undeniably consists of a rampant amount of brown shadows too, where Delacroix might have used Mummy brown. 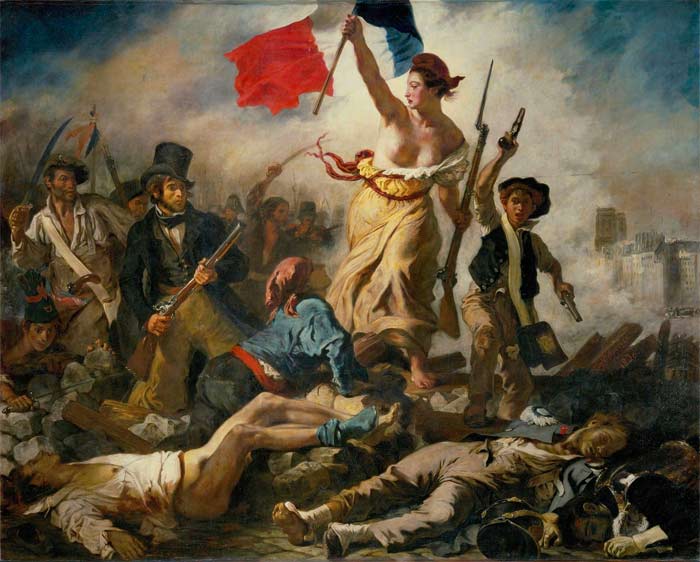 The madness of Mummy brown began to die out in the mid-1900s. Initially, artists were unaware of the origins of their paint, like Burne-Jones. He buried his brown paint decently after knowing that Mummy brown was made of human. Moreover, paint suppliers were running out of material to produce them. “We might have a few odd limbs lying around somewhere. But not enough to make any more paint. We sold out last complete mummy…”, said the director of the British company, Roberson and Co., when interviewed by Time in 1964 about the Mummy Pigment.

Nowadays, Mummy brown is still sold without adding real mummies, but a mixture of kaolin, quartz, goethite, and hematite. The higher the content of hematite, the redder the paint is. Fortunately, the leftover mummies don’t need to spend their afterlife on canvas like their precedents.