Humans have always been intrigued by that which is different from themselves. Anytime we encounter something that does not belong to our set of principles, values, style, etc., we tend to see it as exotic. True, it may inspire fear upon a lot of people, but also fascination and will to know more about it. Such was the case of the Romantics of the XIX century.

The 1800s was an era of discovery all around the world, After the Napoleonic age, Europe decided to dive into the other continents. In 1815, the Congress of Vienna divided Africa like a cake: this part belongs to France, this other to the British… such was life. As the Europeans began their colonization they became aware of the different lifestyles that people from around the world had, especially the people from the Maghreb and the Middle East.

Artists didn’t waste time. As soon as they started learning about those new people from Orient, they started creating masterworks with Oriental thematic. Musicians, ballet choreographers, writers, painters, sculptors, they were all eager to represent the Orient as they understood it. Many of them never traveled to the East, they would just relied on others’ accounts, stereotypes, and imagination. One of the most famous paintings from this style is Delacroix’s Death of Sardanapalus, inspired on a poem by Lord Byron. 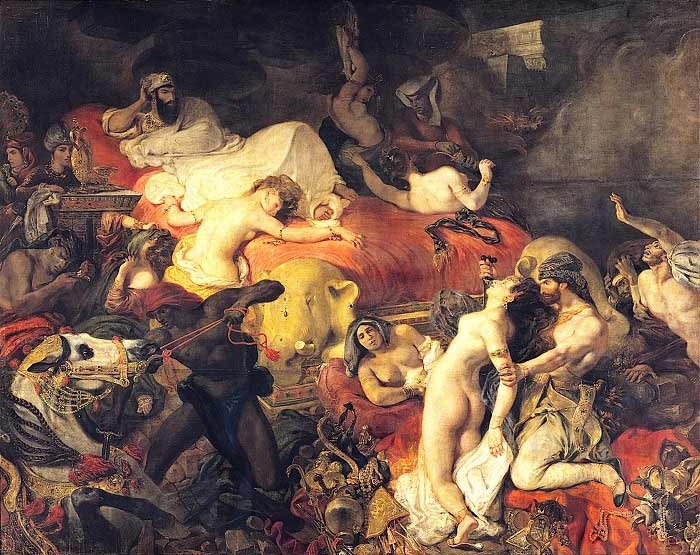 Sardanapalus was an Assyrian king who, as the legend tells, found himself being besieged and with no possibility of getting out of it. He was doomed. To protect his honor, he preferred to kill himself rather that to become a prisoner and being killed by his enemies. Delacroix shows us the scene when he ordered his servants to kill and destroy everything that was part of his life, his horses, his odalisques, his most precious possessions while he watched the massacre; right before he commits suicide. It’s actually quite dramatic, he is not just ending his life as a physical person, he is also taking with him everything that was part of him and made him who he was.

Oriental women were very attractive to artists, too. Jean Auguste Dominique Ingres painted one of the most recognized works of the movement: La Grand Odalisque. 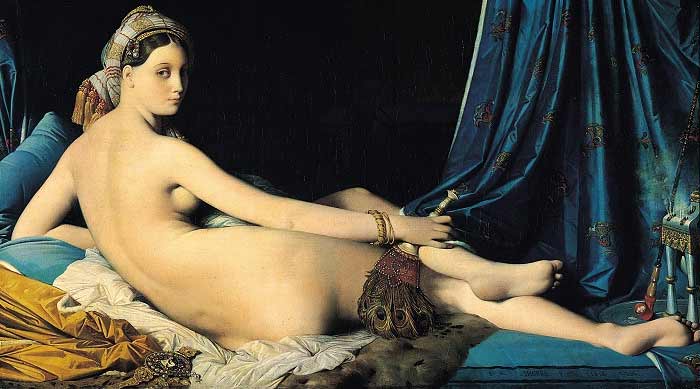 Odalisques were female slaves or concubines at courts. Here, Ingres depicted her naked reclining on a divan with a suggestive pose. Ingres was a neoclassical painter, not a Romantic one; still, he takes the Oriental themes. Another of his famous paintings is The Turkish Bath. 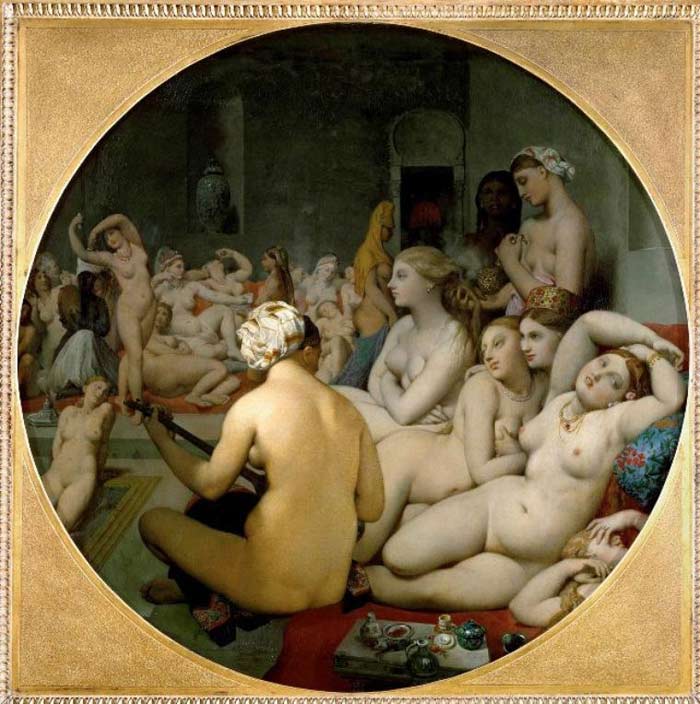 Exotic animals were part of these compositions. Horses were largely used to create dramatic scenes. Sometimes they were shown fighting with lions and tigers. 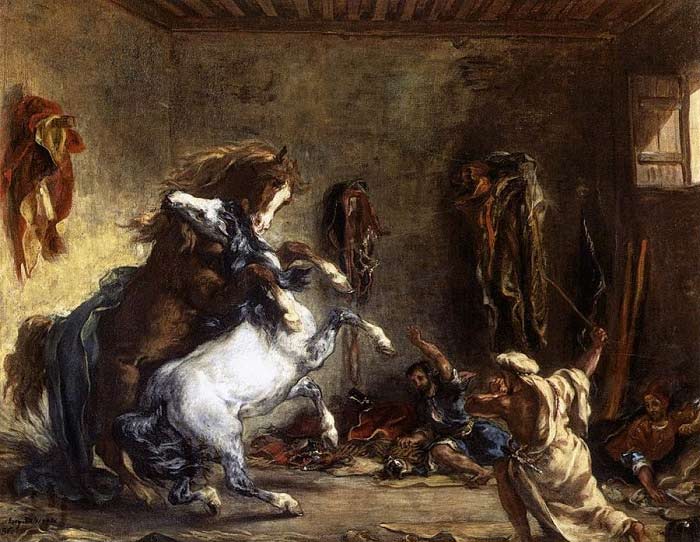 Orientalism didn’t end with the Romantic era, even the Impressionists such as Renoir returned to these themes.

As magnificent as these paintings seem to be, I would love to say that it was a kind of homage to a culture in the process of being known in Europe. However, the truth is that these paintings’ purpose was most of the times propagandist of Christian values and style of life. It showed the Orient as some primitive, dark place contrasting it with the “civilized” white world. It was a Eurocentric vision of the other; think about this, when we say “Middle East”, to what are we referring to exactly? East of where? After all, the Earth is round, there is no beginning nor end. Or is it? For the Europeans there was, they were the center of the world.