Michelangelo’s Pieta and why it was radical

Michelangelo, is known by many across the world to be an incredible painter and artist, with him painting the Sistine Chapel and the Last Judgement, but at the same time it should be known, that first and foremost – Michelangelo thought of himself as a sculptor, and he was an extraordinary one, with him sculpting works such as ‘David’ and ‘Bacchus’. 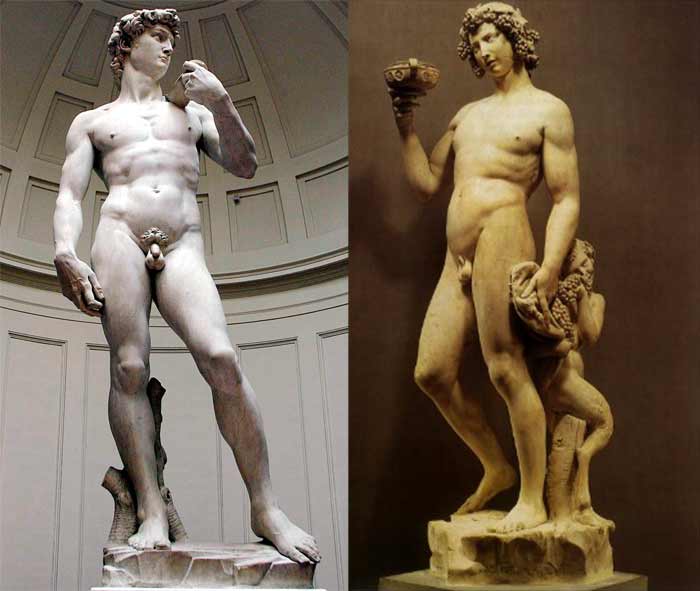 But one of Michelangelo’s most revolutionary sculptures was ‘Pieta’, which was being commissioned by the Vatican. Pieta depicts the body of Jesus lying on the lap of his mother, Mary, after the crucifixion – the Statue was very important to the Renaissance as it perfectly balanced the ideals of Naturalism with classical beauty. 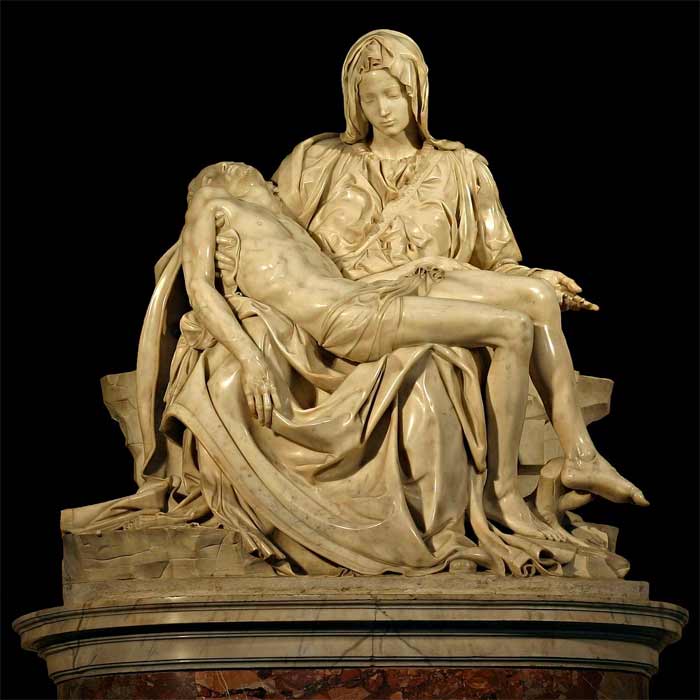 Immediately there should be 2 major things that catch your eyes. At first, you’ll see the beautiful flowing fabric that was sculpted with almost lifelike accuracy, and the second thing you should notice is the fact that Jesus is depicted as a smaller figure, and his mother being depicted as the much larger figure.

Another interesting element of the statue is the fact that Mary is shown as being very youthful for the mother of a 33-year-old son, while this was not uncommon, many experts have given explanations and theories, such as that her youth represents her untouchable purity, something Michelangelo himself saying “Do you not know that chaste women stay fresh much more than those who are not chaste? How much more in the case of the Virgin, who had never experienced the least lascivious desire that might change her body?” While even with that statement, the explanation for Mary being depicted as young remains disputed. 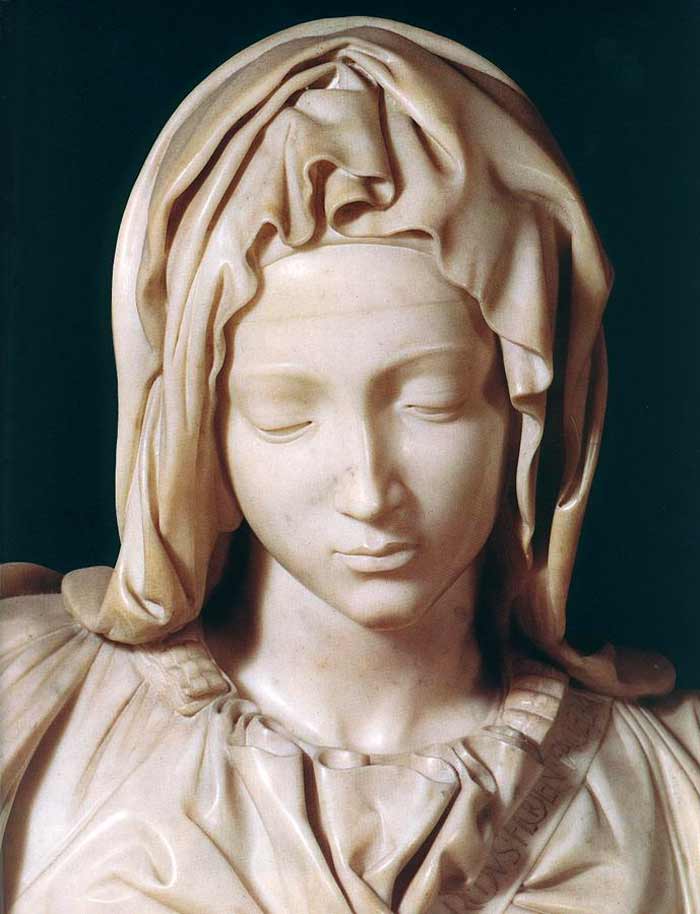 The statue was also very geometrical in a way, with it being pyramidal and triangular, which is depicted as drapery slowing flowing out and enlarging to the base which was the ‘the rock of Golgotha’.

The Pieta was completed in 1499, taking Michelangelo less than 2 years to complete it, and it was placed inside St. Peter’s Basilica, Michelangelo also signed Pieta after overhearing someone saying that the sculpture was the work of a different sculptor and not Michelangelo, this was the only work he ever signed and Michelangelo later stated that he “regretted his outburst of pride and swore never to sign another work of his hands”.

Later on, the Pieta was shown at the 1954-1965 World’s Fair in New York City and was installed at the Vatican Pavilion where people waited hours just to catch a glimpse of the statue.