Leonardo da Vinci was born April 15, 1452. He is considered by many the greatest painter of all time. However, he is also known as one of the greatest anatomists of his time. When he died in 1519, da Vinci left behind thousands of pages of notes and drawings that lay undiscovered for hundreds of years. These notes include hundreds of surprisingly accurate anatomical sketches.

Leonardo da Vinci first began his sketches in Milan, Italy during the year 1482, already a full fledged artist. He was very curious about the human body; he wanted to get inside and see how it worked. To accomplish this, da Vinci would acquire bodies from the church and dissect them. He analyzed the different muscle groups and tendons, trying to deduce what made what move and what worked where. He recorded these observations in his notebook. Pages upon pages of newfound discoveries and theories were shown. His sketches were done very meticulously and, to modern anatomists surprise, immensely accurate. 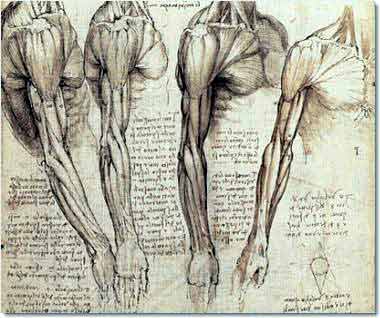 The sketches were done mostly with a special ink quill and gave much information that would not be discovered again until the 20th century, 500 years later.

Anatomist now a day use technologies like MRI scanners (Magnetic Resonance Scanners) to unlock the mysteries of the human body.

Leonardo da Vinci, was equipped with nothing but a scalpel, pen, and paper. Even so, he was able to discover and record information that rivaled that of the MRI scanner. 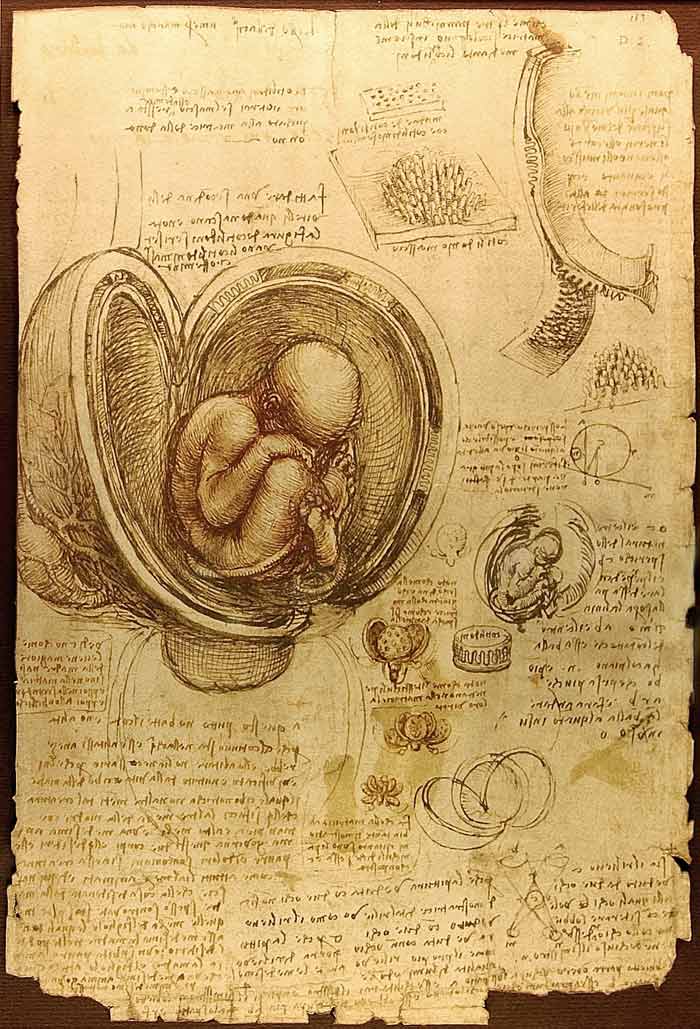 After several years of studying and observing the human body, da Vinci put aside his anatomical studies for a decade while concerning himself with other matters. Matters such as: His famous painting The Last Supper and his work in military engineering.

During the year 1504, his enthusiasm for anatomy grew again, and he continued his analysis. It is said, that towards the end of his life, anatomy took up a majority of his time (that and his most famous and mysterious project, The Mona Lisa); his main goal was to publish illustrated papers on the human body. Unfortunately, he was side tracked by other projects and never got the opportunity. Instead, he kept his findings in his notebooks hidden from the world for centuries. 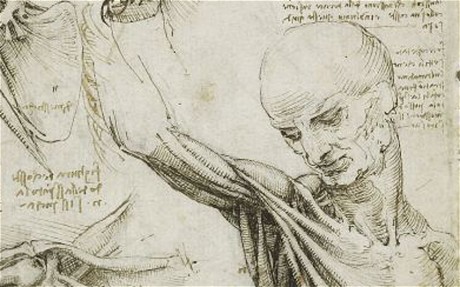 People today are overwhelmed by the amount of information da Vinci was able to unravel about the human body so long ago.

In fact, it is consistently debated on what the world would be like today if people understood the significance of his discoveries in the 16th century.

The drawings spark the interests of scientists of all fields.

The attention to detail and draftsmanship of the observations equal, if not surpass, modern anatomical textbooks.

He even took into consideration the posture, drawing the models in ballet like positions to highlight certain parts of the body. 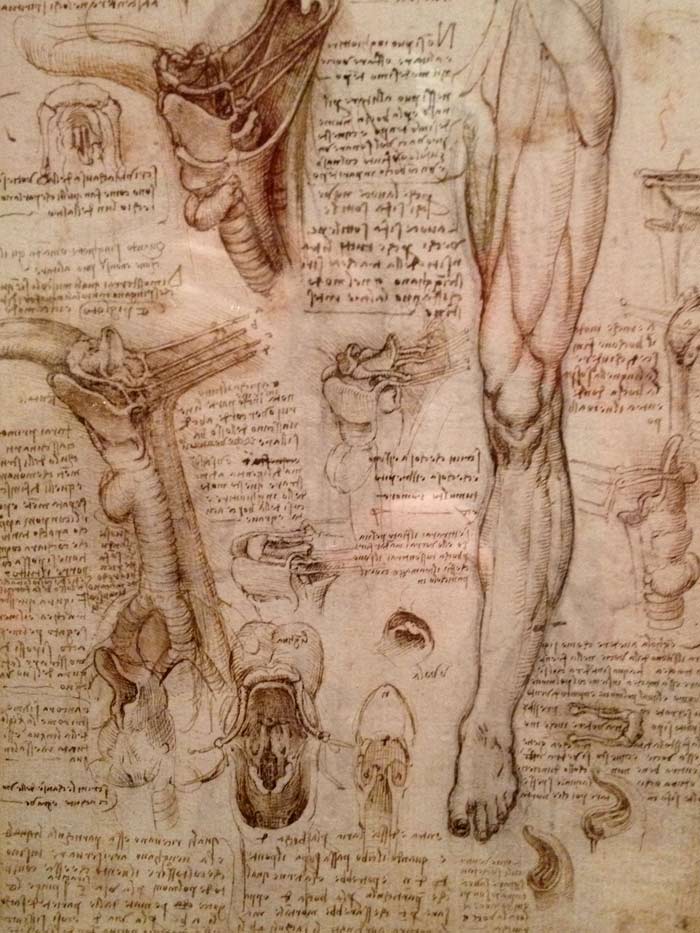 Leonardo da Vinci died May 2, 1519. He is known today as not only the greatest painter of all time, but also an anatomical genius. Making discoveries in the 16th century that would take the rest of the world 5 centuries longer to discover, da Vinci is arguably the greatest genius to have ever lived.

To learn more about human anatomy for artists, visit AnatomyMasterClass.com »