Leda, the swans and the Italian Renaissance

It is well known that the Renaissance was a period of rediscovery of classical culture. As a result, artists started depicting mythological scenes, even though they never forgot Christian themes. With this new liberty and excitement to create, subjects that were formerly censured flourished. One particular theme that I have noticed frequently used in Italian Renaissance is that of Leda and the swans. One of the major subjects during this time was eroticism, of which Leda’s story belongs to.

Leda was the Queen of Sparta and wife to King Tyndareus. As if happens so often in Greek mythology, Zeus was attracted to her and decided to transform himself into a swan to have sexual relations with her on the same night she slept with her husband. Out of that weird night, Leda got pregnant and bore 2 eggs. One of them contained Zeus’ twins: Helen (famously known as Helen of Troy) and Polydeuces. Meanwhile, in the other egg were Tyndareus’ twins: Castor and Clytemnestra. There are other versions on which says that only Zeus’ twins were born out of eggs, which makes more sense for Greek mythology standards. 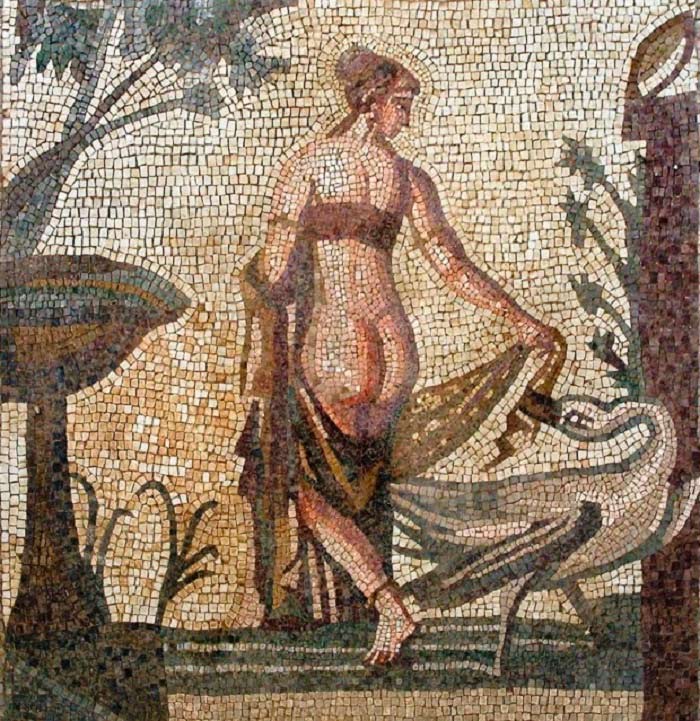 Since the Renaissance people still kept some ideas from the Middle Ages, especially those concerning sexual activities, eroticism was awkward and scandalous. However, artists were eager to paint more than religious scenes. Therefore, they figure out that seeing a woman having sex with an animal somehow was more acceptable than showing her with a man. And that’s how Leda and the swans became such a popular subject during the Quattrocento and Cinquecento, and even onwards. (Because there’s nothing weird or disturbing about seeing a human being having relations with an animal, right?) It actually surprises me how much the artists liked this story above other similar ones since their knowledge of it must have come from a very brief account in the Metamorphoses by Ovid.

Most of the paintings showed Leda being penetrated by the swan. For example, the great master Michelangelo presumably worked on this subject in tempera.

The commissioner was Alfonso d’Este in 1529 for his palazzo in Ferrara. Unfortunately, his original painting has been destroyed, maybe deliberately. Yet, copies and studies survived that allow us to know how the painting would have looked like, including a sculpture by Ammanati. 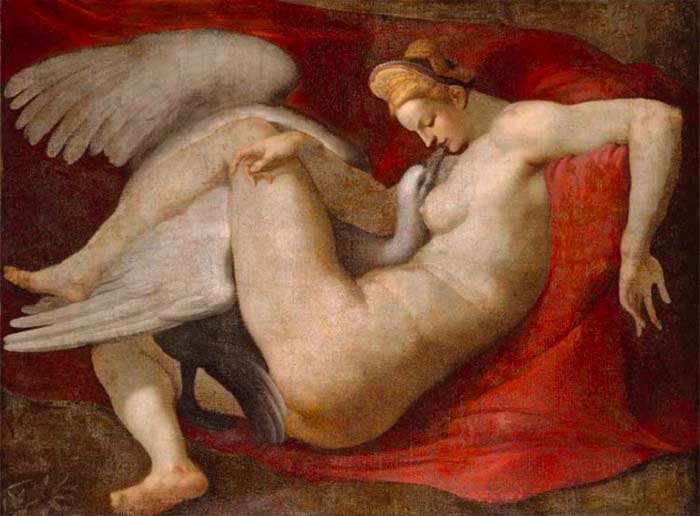 Contrary to Michelangelo who seems to position the characters in a private space, Correggio created something like a party scene. Leda is shown in the center with the swan in the woods, while other women, kids, angels, and swans gather. 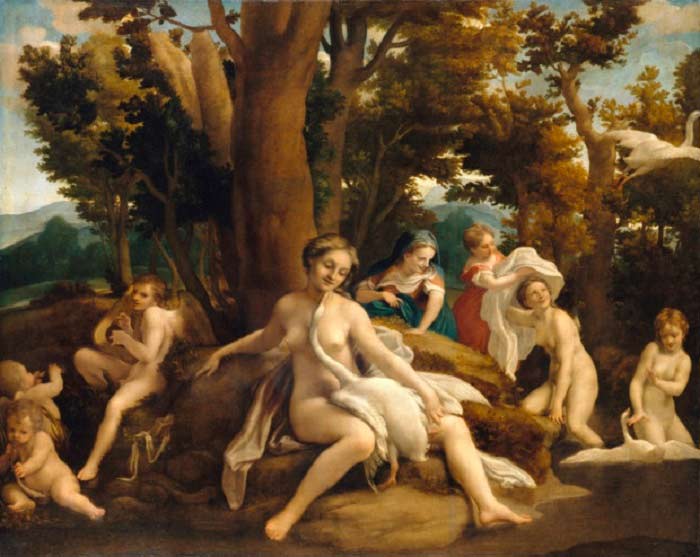 Of course, Leonardo da Vinci used this theme to exploit his genius. Unlike Michelangelo and Correggio, he preferred to show the moment of the hatching. We see Leda standing up naked holding the swan as she looks down lovingly at her pair of twins. 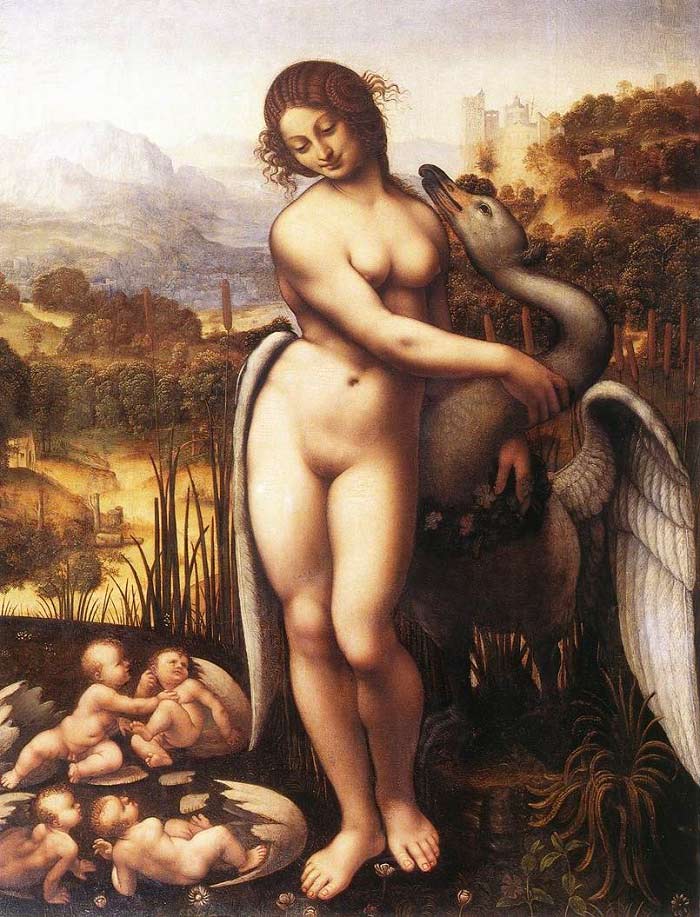 Apparently, Leonardo had planned to execute a different composition four years earlier in 1504 of Leda seated with her children. Apart from the characters, as background Leonardo painted a landscape where we can notice aerial perspective.

Much to our and their dismay, not everyone agreed on displaying those kinds of scenes as works of art. As I mentioned above, Michelangelo’s painting was destroyed but it wasn’t the only one. Da Vinci and Correggio’s suffered the same fate. The common denominator was the French court. Somehow, as artworks travel they all ended been acquired by French nobles and royalty. It is believed that they were destroyed by some widows or successors with highly moralistic opinions. We must thank to those who copied on time these wonderful artworks. In later generations, we find the story being illustrated by Boucher and Cézanne, among others. Literature had made several references, but the most important one is William Yeats’ poem “Leda and the Swan” published in 1923.