In 1889, Jiménez Aranda’s brother Luis was awarded a prize for “The Hospital,” painted from the interior of a French hospital and meticulously detailed.

The piece received the Medal of Honor at the Spanish Pabillion during the Universal Expo in Paris. This marked a painting renaissance throughout Spain.

The Universal Expo of 1889 initiated a new trend in Spanish painting: Naturalism. José Jiménez Aranda said of his brother Luis’ artwork that “It is simple and logical. We know how to paint, but need to renovate ourselves.”

Only Great Masters are able to change their style—which is exactly what Jiménez Aranda did, proving once more his real talent. He had already mastered the Casaca style and earned a tremendous reputation, and even though he was over 50 years old, he completely changed course.

In “La desgracia”, he painted a street scene in which a worker had suffered an accident,

but rather than painting the victim, as a less talented artist might, Jiménez Aranda chose to depict some passers-by who had stopped to watch.

This painting was awarded the first prize at the National Expo in Madrid 1890 and sold for a huge amount.

Soon, however, the artist would suffer the loss of his wife and youngest daughter, ultimately returning to Seville, Spain.

Naturalism is the expression of reality as it is, whether nice or not. Its goal was to see life finally depicted in paintings in its own right, not disguised until unrecognizable. Luminous liberty would accrue to Art through this paradigm shift.

It is an apparently simple piece,

but one made with mastery and wisdom.

This is what a man can do after having mastered his own Art and having overcome the difficult challenges that it presents, such as composition, color, and perspective.

Virtuosity is resolved in simplicity, in exquisite naturalism.

The only difference between his previous style “Casaca” and Naturalism is in the clothing of the figures and their surroundings.

Jiménez Aranda was also an illustrator, providing over 700 illustrations for DON QUIJOTE. Ever since he was a boy, he would make sketches on the multiple painting subjects the tale offered. This was one of his favorite entertainments, taking small pieces of paper or canvas and “Quijoting”. 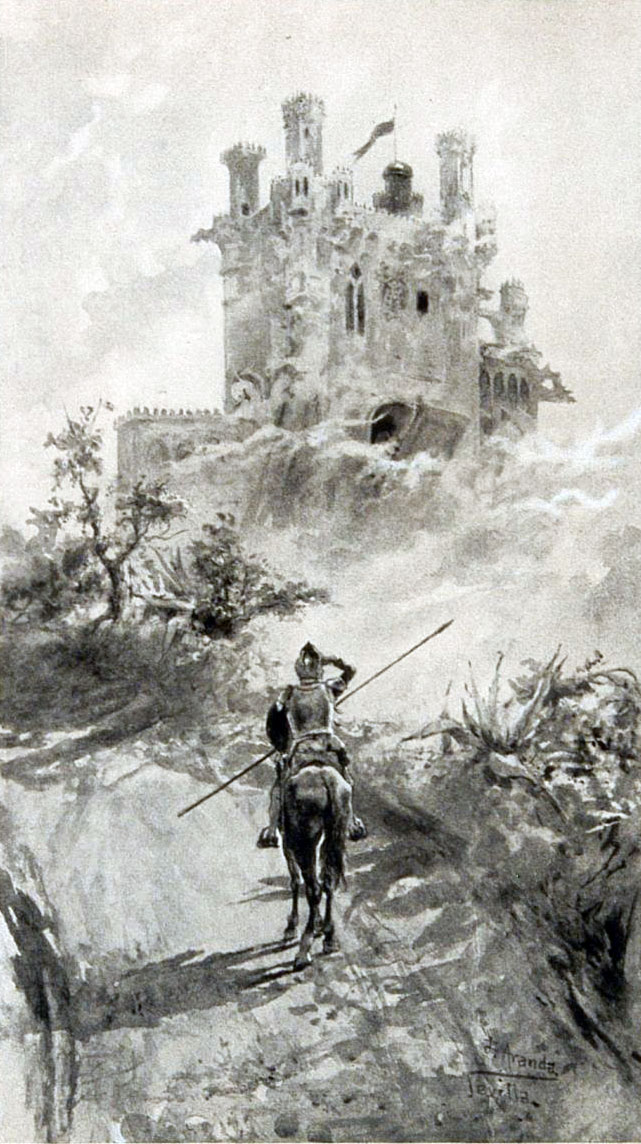 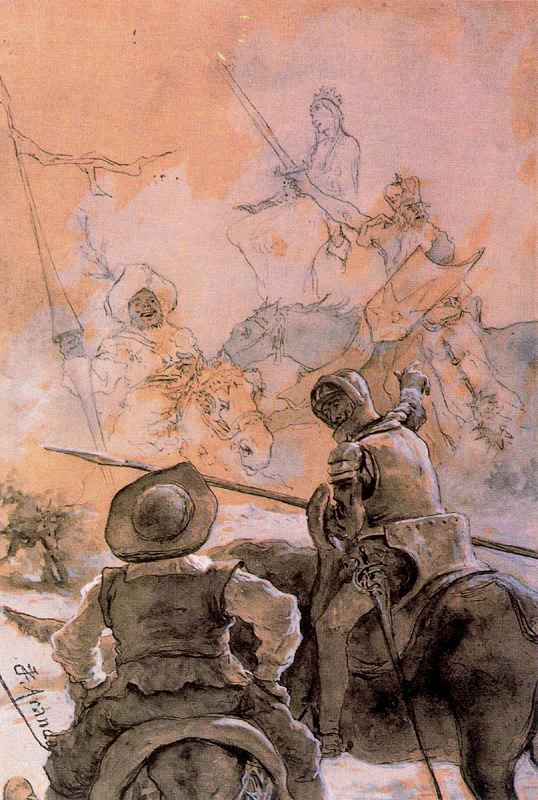