The first time I saw Sir John Everett Millais’ painting The Order of Release I was thirteen years old and struggling to stay alert in Mister Harvey’s gloomy art class. In the darkened classroom the teacher, a deeply religious man, showed slide after slide of Renaissance masterpieces, each projection accompanied by a long, tedious explanation of its origins, technical merits, and biblical authenticity. Even at that tender age I wondered whether there should be a limit on how many depictions of the Madonna and child, hovering angels, and crucified Christs there were in the world. Little did I know.

When The Order of Release appeared on the screen it was as though a light had been switched on. To my young mind the painting instantly made sense and the story it told unfolded in my imagination as if by osmosis. 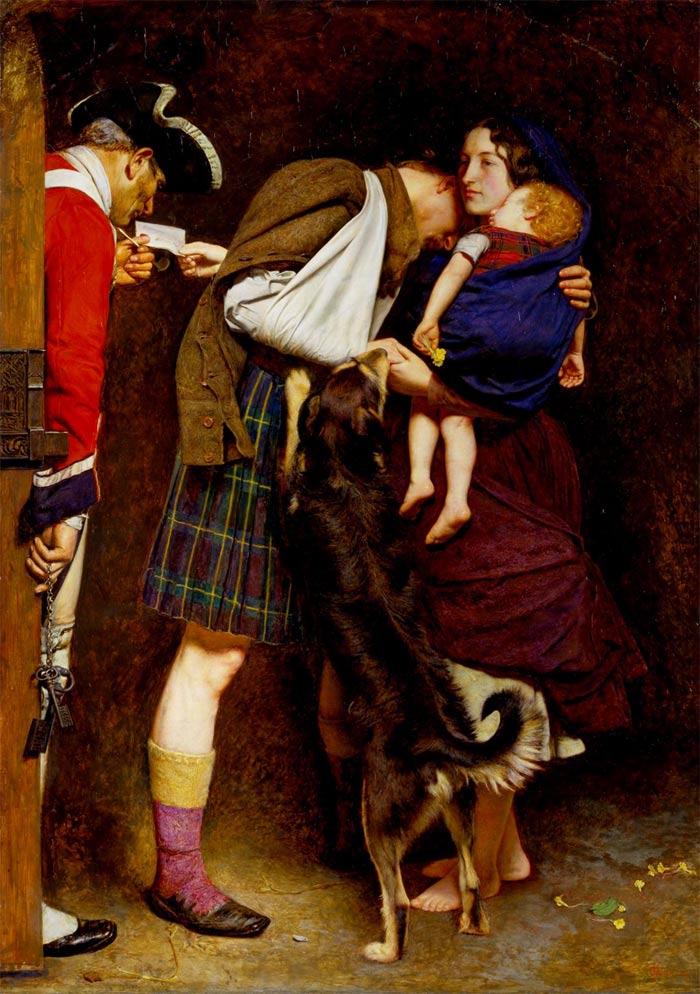 The wounded Highlander is a prisoner of the English. The gaoler in the red tunic shortsightedly studies a document handed to him by the most powerful character in the picture, the Highlander’s wife, who has somehow secured his release. The red-headed babe in arms and the joyful collie support the assumption that the family is to be reunited after a terrible ordeal. And the title of the work leaves no room for ambiguity – this is a story with a happy ending.

The second time I saw it was on a school trip to the Tate Gallery in London where the real thing hung in all its splendour. What struck me then was the balanced flow of movement of the participants in the scenario and the meticulous precision of the detail. That red tunic – you knew what it felt like. The roughness of the Highlander’s khaki jacket, the woman’s bare feet on the cold stone floor of the prison, it was possible for the onlooker to be in that scene and experience something of what those people were feeling. The sheer level of technical mastery needed to create so tactile an illusion was breathtaking. Combined with the emotional response that the painting evoked it became a wonderful drama that I could effortlessly get lost in.

Years later I discovered that the story behind the creation of the work was almost as dramatic as that which it depicted. 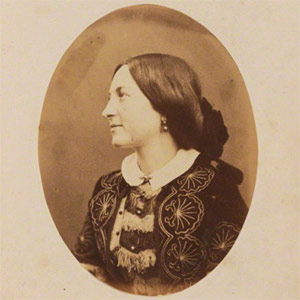 Effie Ruskin, the model for Millais’ heroine confided to him her unhappy marriage. The couple fell in love and Effie eventually became Lady Millais.

The painting also marked the end of Millais’ Pre-Raphaelite idealism and the start of his extraordinary commercial success. In fact when exhibited at the Royal Academy in 1853 The Order of Release became so popular that it required a bodyguard to protect it from adoring fans.

The work cemented Millais’ status as the decade’s most revered artist, a position not always accepted with good grace by his contemporaries.

William Morris for example, disappointed by Millais’ move towards popular recognition famously dismissed him as “a genius bought and sold and thrown away”. But even if I had known about such criticisms they would have been meaningless. What counted was the story. What events had led up to that captured moment? What happened afterwards? Clearly Millais had deployed every ounce of his technical brilliance to enter the heart of his audience and engage with something far beyond technique.

Many years after I first saw The Order of Release I still have the little postcard that I bought at the Tate on that school trip. It’s battered and faded now and I keep it for nostalgia’s sake, but most of all because it reminds me of the moment when I first realized that it was possible to fall in love with a work of art.