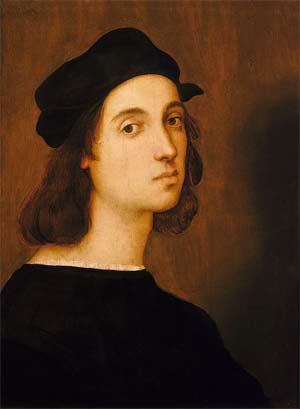 Raphael, starting in June 1511 would begin to work on one of his most famous and revolutionary paintings, the Portrait of Pope Julius II, this painting would be unlike any other portrait of a pope, and for the most part, portraiture in general at the time. 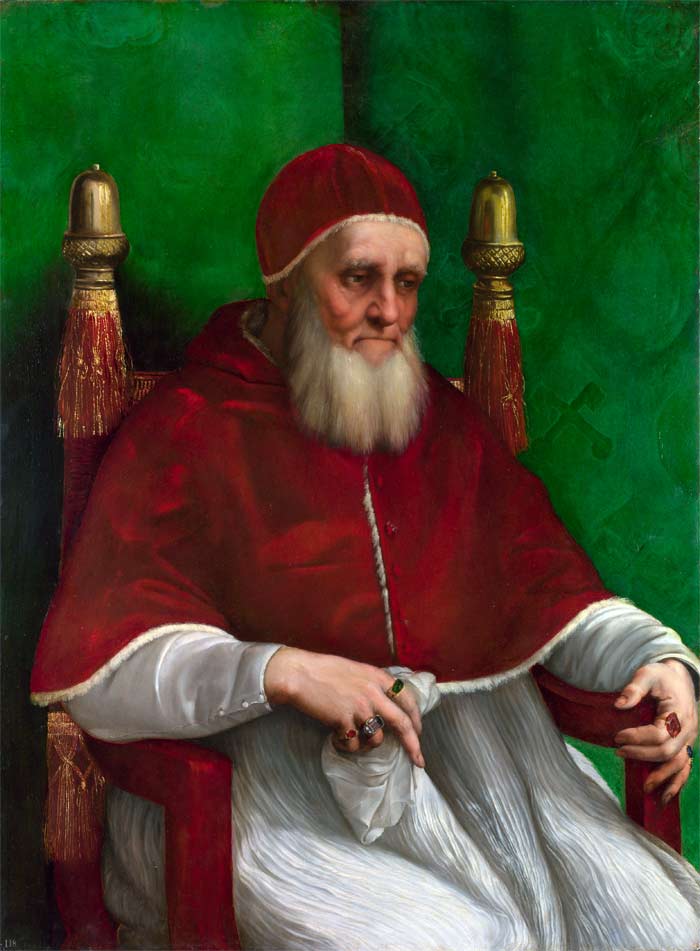 To even begin analyzing the portrait and its subject, we must first look at the historical context.

The portrait comes at a time where the Pope began to grow his beard out due to the fact he had just lost a war in the city of Bologna (Raphael also painted a bearded Julius in the The Mass at Bolsena), which was in Italy – meaning this was a time of mourning for the pope, and these were not happy or prosperous times for him. 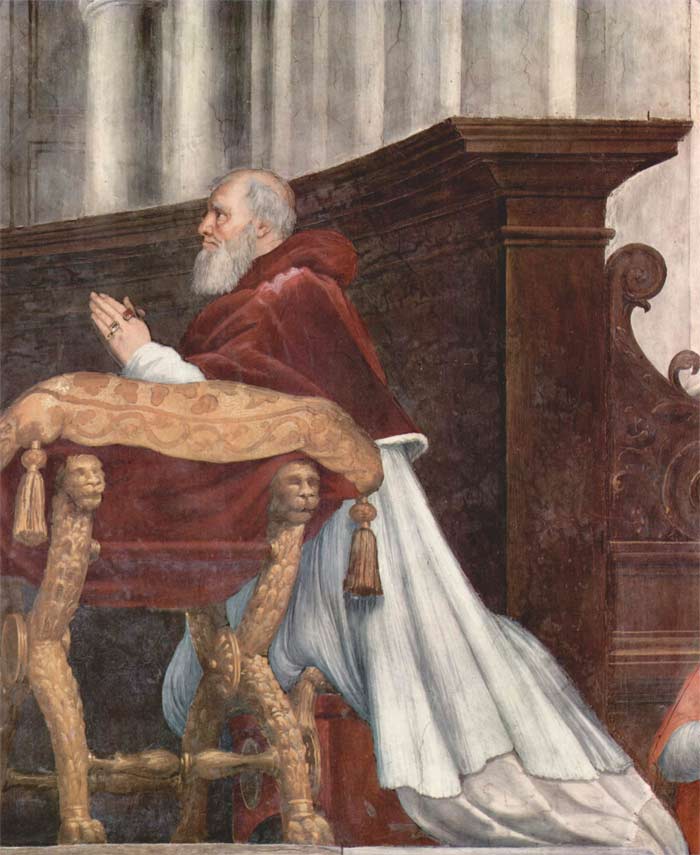 So why does the historical context matter?, because it leads into the way the subject is portrayed, rather than the typical bland and emotionless pose most did in portraiture at the time, Raphael made no effort to hide how the Pope was feeling at the time, we see Pope Julius II sitting on a dark burnished red chair, with his head softly looking down, his gaze is not at the viewer but rather the floor. His face is sullen and almost depressed, and if you look in the lower right corner we see Pope Julius’s hand gripping the chair in an almost angry way. The red and white of his clothing creates a beautiful contrast with the green of the cloth that we see in the background.

If you gaze your eyes downward you’ll see how accurately and beautifully Raphael painted the drapery of the Pope’s white gown. These elements created an intimacy unlike anything we’ve seen before in papal portraiture, and those at the time were also aware of the breakthrough Raphael did, so much so that this became the model, and almost a formula for future painters, such as Sebastiano del Piombo and Diego Velazquez.

However, there are also multiple versions of the painting, with Raphael painting several different versions of it, one of which is housed in the National Gallery in London (This one is the original), another at the Uffizi in Italy and a red chalk drawing at the Chatsworth House.

But what can this painting teach us both about portraiture and art in general? The prime lesson is that sometimes, letting your subjects show emotion in your portraits can add a depth of intimacy to your painting. We also learn about contrast in color and how that can make a painting more appealing to the eye.

After the painting was completed, it resided at the Santa Maria del Popolo, at the entrance to Rome. Later it was sold to Cardinal Scipione Borghese where it remained in his collection until sometime around 1794 to 1797, and it does not appear on record until it appeared in the Angerstein collection where it was later sold to the National Gallery in 1824 where it remains today and is seen by millions every year.