Guido Reni – His Life and Works

In this article, I would like to talk about one of my favorite painters: Guido Reni. There’s something about his painting that caught my attention from the first time I saw them. Reni was born in 1575 in Bologna, Italy. Since he was the son of Danieli Reni, a musician, it was expected of him to follow his father’s steps. However, Guido’s passion and talent to paint took him to another path. He started studying art under the guidance of Denys Calvaert. Soon after, he went to continue his artistic education in the Carracci Academy where there was an emphasis in nature. Unfortunately, there are not a lot of examples of this period of his life.

He then moved to Rome in 1601, although he visited constantly Bologna. Actually, he was there for Agostino Carracci’s funeral. He stayed in Rome for 15 years where he focused on Rafael’s style, as well as the copy of classical sculptures. Furthermore, he was influenced by Caravaggio. We can see this in his wok The crucifixion of Saint Peter. 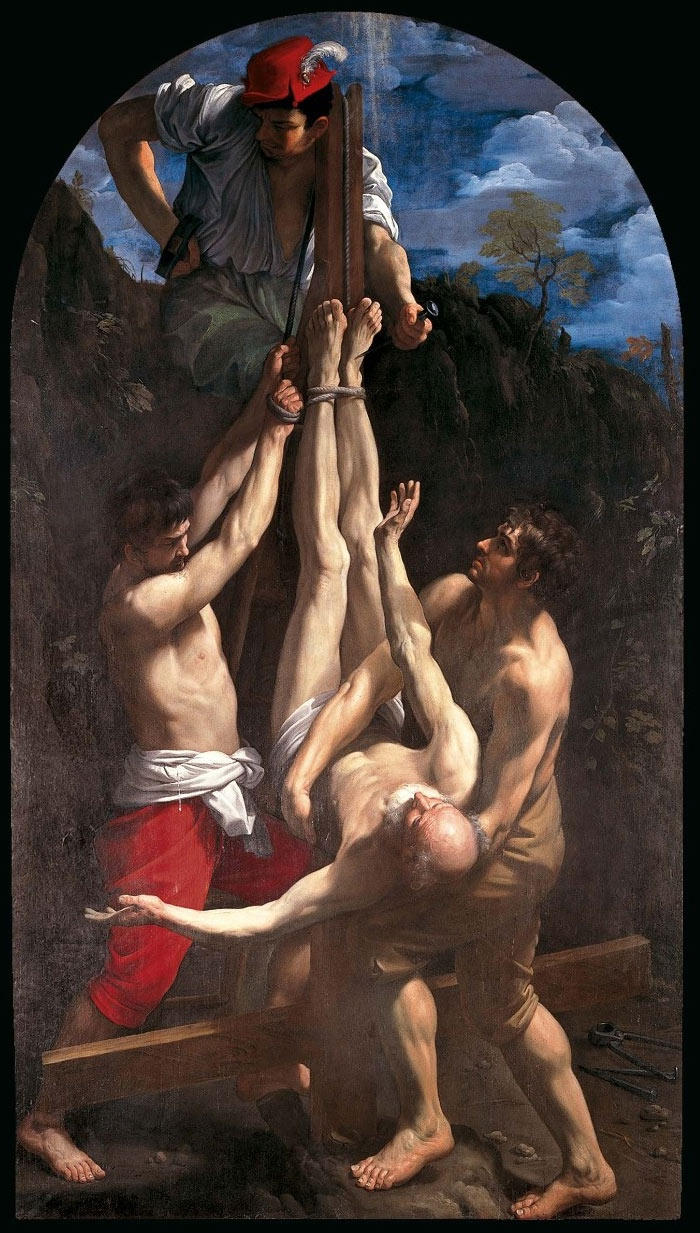 In it the use of chiaroscuro is without a doubt an influence of the Baroque style of Caravaggio. From this moment, Reni adopted a unique style that gave him important commissions.

One of the most important was L’Aurora for the Casino dell’Aurora in the Palazzo Pallavicini-Rospigliosi.

This beautiful fresco represents the goddess of dawn as she guides Apollo’s golden quadriga. We can see how light appears as Aurora passes through. Accompanying them is Phosphorus, a winged child who looks like Cupid, but it’s not Cupid. He represents the Morning Star. Additionally, there are the Hours, female figures dancing alongside the chariot. They are meant to signify the passage of time. Reni pictures all the figures flawless, they have grace, they’re perfect. This is an incredible example of Baroque Classicism. If you think this fresco is as beautiful as I think it is, it gets better, because it is not standing on its own. It is among other wonderful paintings from other artists. It was commissioned in 1614 by the Roman Cardinal Scipione Borghese.

The pinnacle of his career was achieved when he returned to Bologna, where he painted some of my favorite paintings ever. By that time he was being influenced by the work of Rubens, Gentileschi, Albani; but also, he was influencing many others such as Bernini.

His Hippomenes and Atalanta is one of his most recognized works ever. It tells the mythical story of Atalanta, a woman who promised she wouldn’t marry anyone who wouldn’t win a race against her. Clever, since she was an amazing runner. Reni depicted the moment when Hippomenes outsmarted her by throwing three golden apples. Atalanta, distracted by the apples, lost the race. Once again, both of them look flawless. And what about the drapery being blown by the wind! 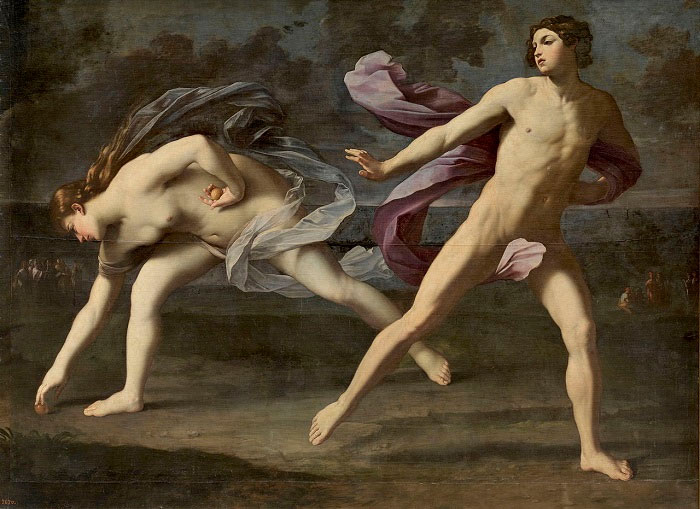 Continuing depicting women, some of his major artworks are his Cleopatra, Lucretia, Magdalene, Europe, and look at Salome’s face! 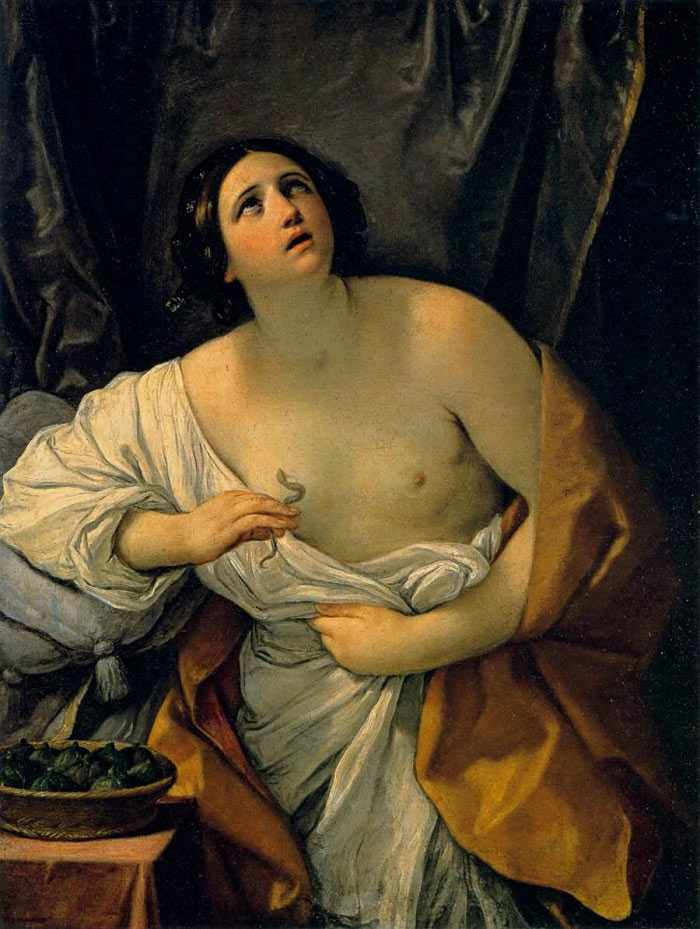 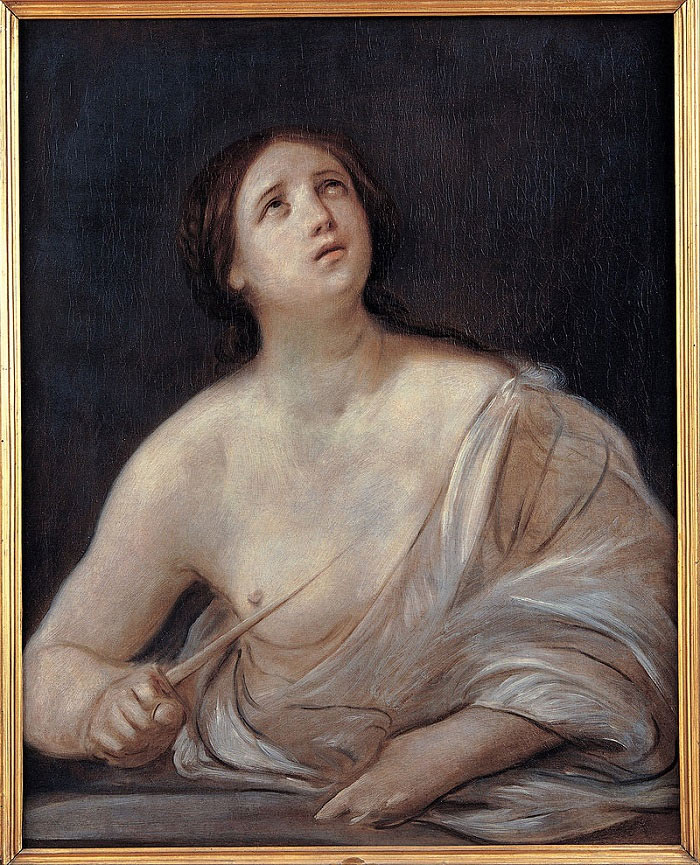 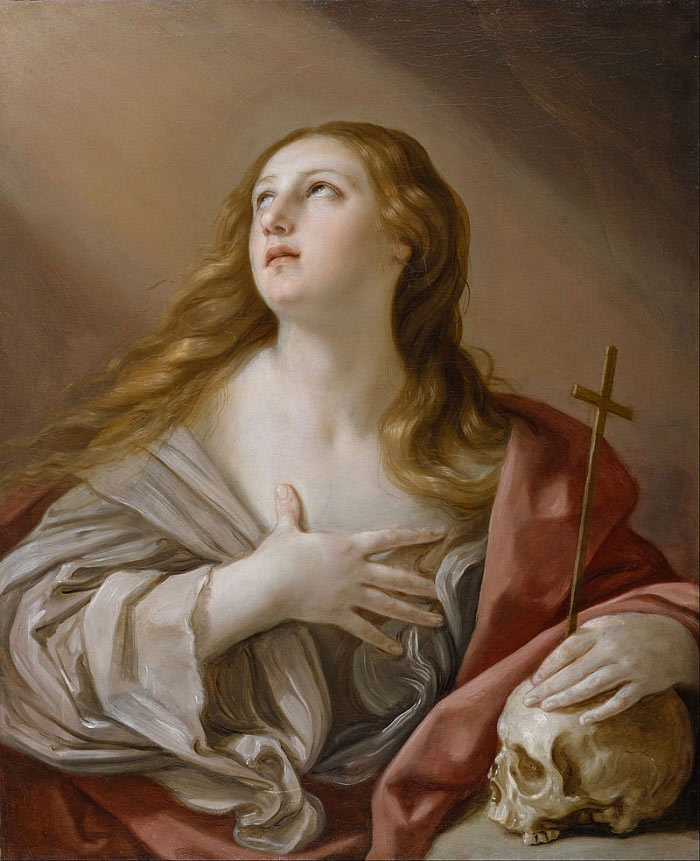 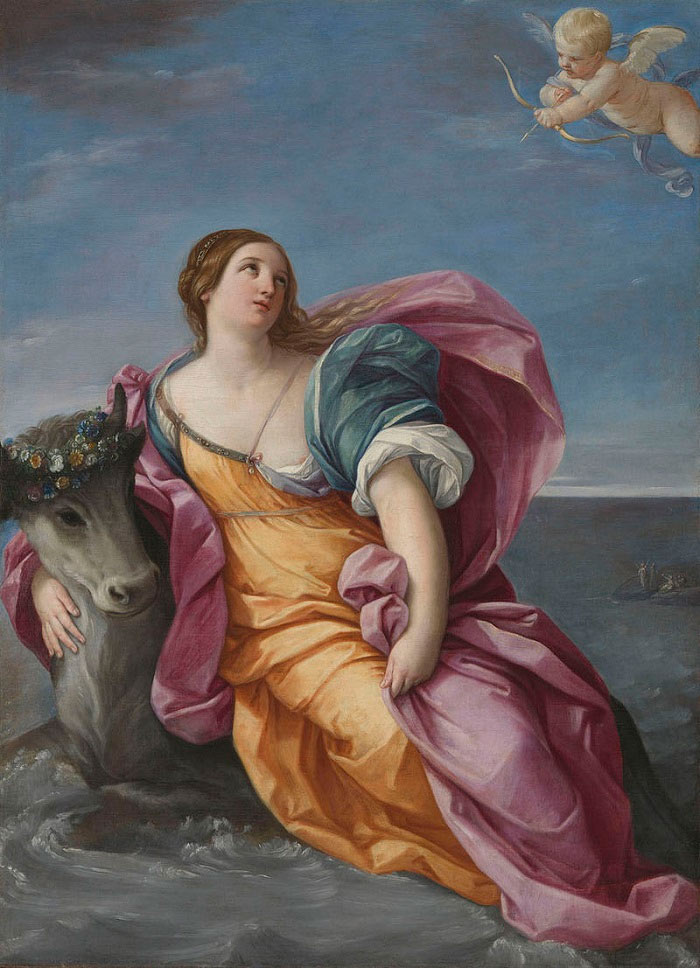 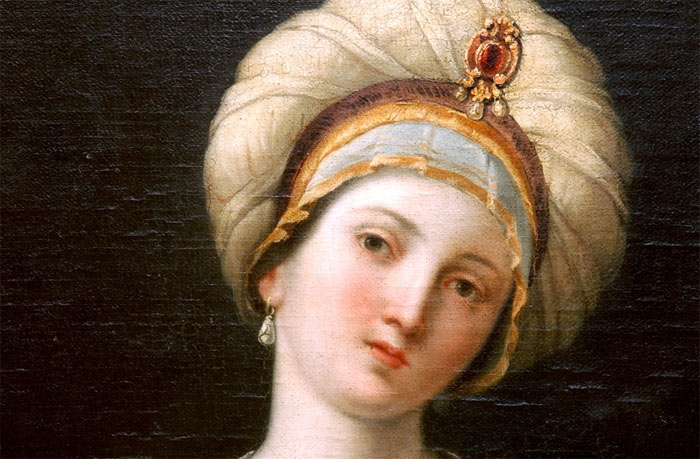 These paintings were widely popular for their calmness even when their themes weren’t so much.