FROM FINGERS TO PENCILS: A Brief History of the Drawing Tool 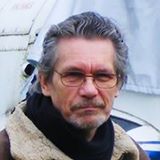 Most drawing tools artists use today originate from ancient writing tools. Over 4000 years ago for example, man used a bronze or bone tool to scratch into clay tablets. 1000 years later the Egyptians used thin reed brushes or reed pens on papyrus scrolls. Later still, the Romans used a metal stylus for writing into thin sheets of wax and after 600AD, in Europe, the quill pen was invented.

However, prior to 4 000 years, in fact 30 000 years or even earlier, one can imagine the finger being the very first tool used for making marks in dirt or on cave walls with animal blood, spit and powder or vegetable dye. I’m sure we could say with some certainty that sticks were also used for drawing where marks were made in soil, mud or sand just as children still do today. On a more technical level, some ancient clever Dick or Harry must have noticed how a burnt piece of wood can make black marks on rocks, so was exploited and used as the very first man-made pencil. A number of charcoal drawings have been discovered in caves to confirm that idea as shown below.

Charcoal was noted as being a versatile medium and during the Renaissance it was becoming widely used by artists for tracing out preliminary drawings onto walls for mural or panel paintings. It was also used for the same reason on canvas, and also on paper for roughing out compositions and studies.

Because charcoal was considered to be a temporary medium, other means of drawing had to be used. The stylus, or lead-point/silverpoint, which was first used during the classical period for writing, eventually became a drawing tool from the mid-1400s. The earliest record of silverpoint being used as a drawing tool was when Albrecht Durer’s father, a craftsman, taught his son how to use the stylus. 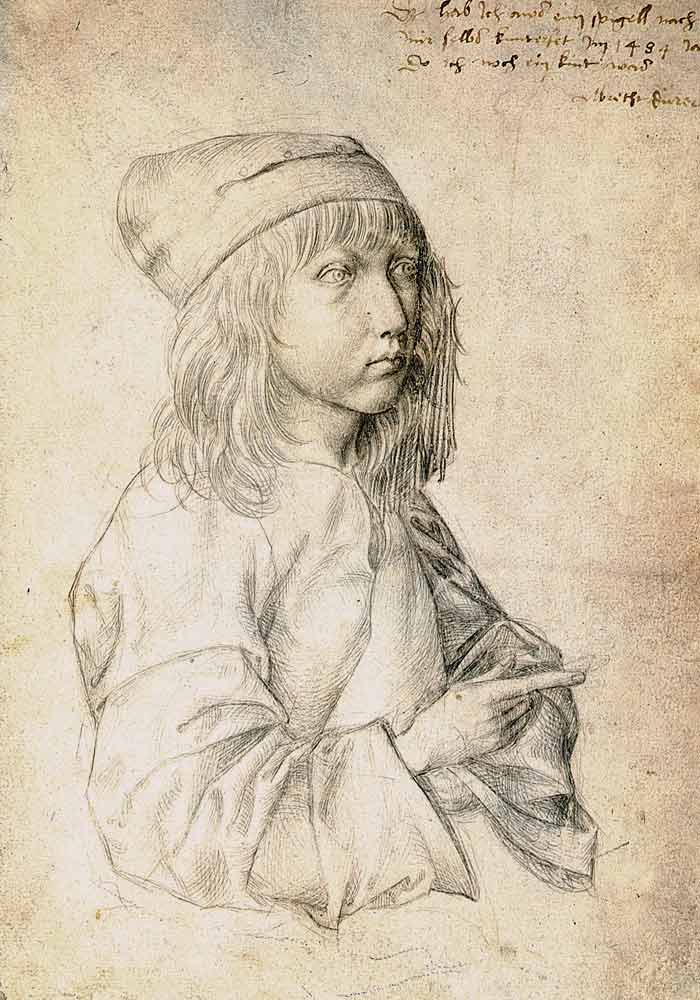 Having gained some proficiency with the tool, in the year 1484, Albrecht, at the age of 13 years had drawn a self-portrait, which is now considered to be a masterpiece, which is an amazing achievement for a piece of artwork created by a young lad.

Silverpoint is a simple tool; a holder with a small, pointed metal tip, which is usually of silver, but other soft metals, (called metal-point) could also be used, such as, gold, copper, brass etc.

The instrument cannot be used on ordinary paper as the surface needs to be treated with a substance that can act as an abrasive on the soft metal point. White bone ash mixed with gum-water, sometimes with spit, was a method used to coat the surface of paper by early artists. Today, white gouache can be used to create an ideal surface for silver or metal-point drawing. For best results, the surface should be coated several times, allowing each coat to dry before applying the next. In some cases, a tint can be added to create a soft coloured background.

Because of oxidation, each metal has its own special reaction with the air that gives drawn lines a soft coloured tone of its own from soft greens to browns and black-browns within a few weeks. To learn more about silverpoint, the Drawing Academy has a free video that gives a brief insight of the technique.

Later, in the mid-1500s when graphite was discovered it was found to have excellent mark making qualities so was brought into the art world by artists as a drawing medium, which eventually became known as a ‘pencil’.

The term ‘pencil’ comes from the Latin word ‘pencillus’ which means ‘little tail’ and was a term used to describe small ink brushes that were utilised for writing during the Middle Ages. When graphite was discovered in 1564, the term ‘pencil’ was given to small pieces wrapped in a casing of string to hold the soft material together. However, a short while later, graphite was cut into long strips and sandwiched between two flat pieces of wood, similar to what we now know as a ‘carpenter’s pencil’. At that time, graphite was thought to a form of lead and was called ‘plumbago’ or ‘black lead’, hence the term ‘lead pencil’ came into being, a term many people still use today. The term ‘graphite’ wasn’t used until 1789, which came from the Greek word ‘graphein’ meaning ‘to write.

The first mass-produced wood-cased ‘black lead’ pencils began to flow onto the market in 1662 in Germany, and from that moment on other pencil manufactures began to appear; one being Faber-Castell in 1761 followed by Lyra and Steadtler in the 1800s. During that time rounded wooden cases began to emerge, which superseded the cumbersome flat pencil.

Up until 1795, pure graphite was used, but the French chemist, Nicolas-Jacques Conte experimented by mixing various amounts of clay with powdered graphite and moulded them into sticks and fired them in a furnace. He then glued thin rods of the hardened graphite/clay mix into wooden cases and sold his modern pencils to the public.

During the 1400s to 1880s other mediums were also implemented into the artist’s tool box; such as chalk and pastels, wax crayons, wood cased charcoal and even white charcoal of all things.

Today, we are inundated with drawing tools; more than any artist can use in a life-time. So for anyone serious about learning to draw, you have an excellent selection of charcoals, pencils and pens to choose from and the Drawing Academy can help you learn how to use them correctly – and professionally.