I believe that you only know what you can express. You don’t know what a salad is if you can’t make one. Or would you call an apple tree such if it never produces any apples? I’ve learned that the fruit is the only proof of what is inside you. When you draw, for example, you see a bunch of things in front of you, things you’ve touched, you’ve smelled, you’ve looked at for years, but the moment you try to recreate them in the page, you find yourself having to assess what is the actual shape they have, what is their size, how do they fit in their environment, where are they located in relation to the horizon. In short, you have seen, but you have never observed—you know nothing.

This state of ignorance has been the state I’ve been for most of my life. I used to draw a lot as a child, and I even tried to make a comic book that had a lot of blood and the good guy turned evil in the end. The plot was awful, but it was a fun thing to do as a kid. Later on I drew sporadically, never focusing on achieving a particular level, but just showing off whenever someone else drew something. I also happened to like girls a lot, so I spent countless hours drawing the girls I liked from photos, though many times I didn’t get the resemblance I wished for. I never got far with drawing, even after I began to study graphic design. It was just one of the many goals I had, and since I had a lot of goals at the same time, I couldn’t pursue any of them. 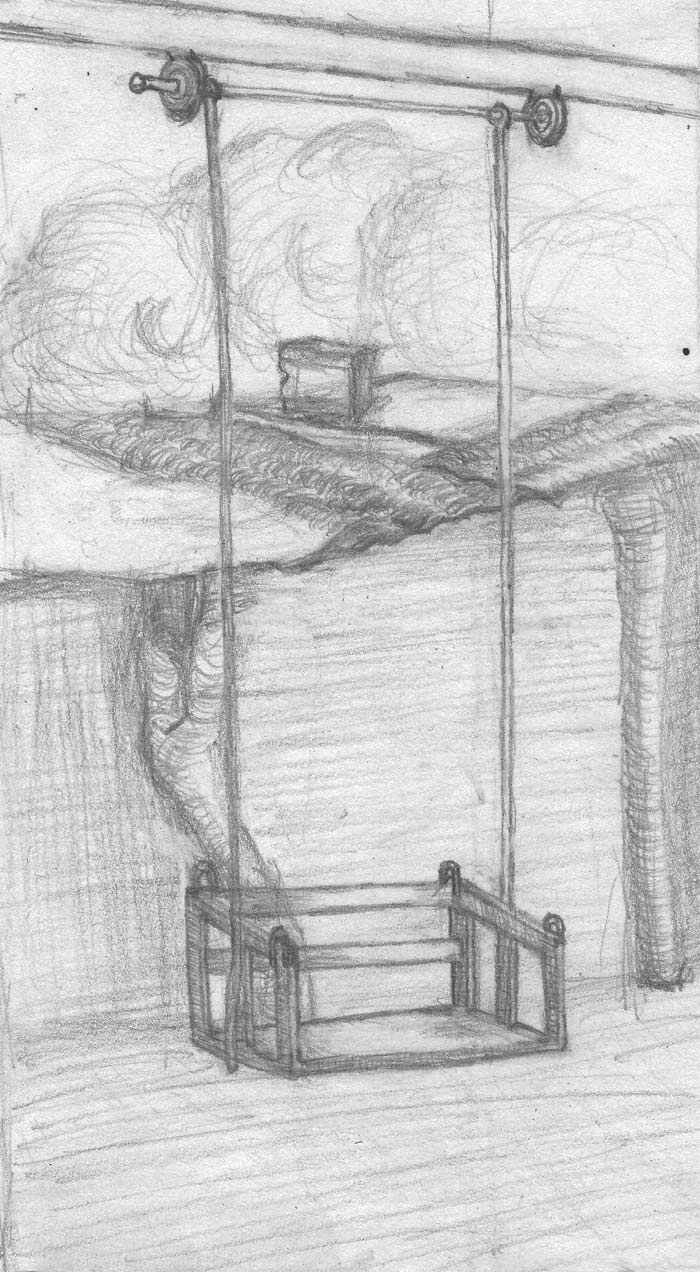 Right now I think of art as a form of reflection, a way to express the things I’ve experienced and learned throughout life, and see where I’m standing now. And I mean not only with pictures, but with any form of art. The ideas I put on the page, whether in a drawing or a piece of writing, or even when I play a musical instrument, are just a shadow of what’s deep inside of me, waiting to get out. Thinking of it in this way, I believe art is pretty much in everything I do. Me is outside expressing something. However, it’s hard to take this me outside when you know little of the craft you’ll use to make him visible. I have problems keeping a drawing clean, using perspective and drawing what I imagine. I’d like to learn how to turn these vague pictures in my mind into concrete representations, and also to be able to have a model in front of me and draw what’s really there, instead of a lazy simplification my brain comes up with because it can’t process the details.

The Drawing Academy seems like a good way to achieve the proficiency that I wish for. It doesn’t rely on tricks or quick fixes for a particular problem, but in building the necessary knowledge to face all drawing situations. And that’s appealing to me. If I win the course, I’ll be able to go deeper in my ability to draw and express the things that my heart is thinking. I could also fulfill my dream to draw stories, or to compliment stories with drawings, which is something that I’ve wanted to do since the aforementioned comic book.

So if you vote for me, I could be there for the job of reflecting upon life and convey the things I’ve come across with drawings and storytelling combined. And if you’re into that sort of thing, I could bring myself to do something useful for others.