Western art was developed differently compared to the art in China. In China, calligraphy and painting were evolved together, therefore combining their painting, graphic arts, literature, and poetry in a way that did not happen in Europe. There are a few things to note on how they differ.

Chinese painters use higher expression and imagination for interpretations of nature that was based on Taoist philosophy to achieve harmony with nature. 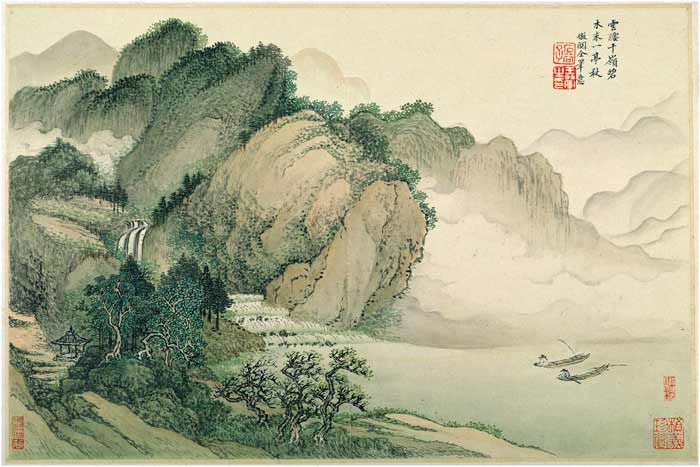 On the other hand, Western painters convey a scenic picture by relying on shapes, colour, shadows and light. In terms of perspective, Western paintings using focus perspective from one-point perspective to three-point perspective, however in Chinese painting, those perspectives were not applied. This was criticised by the Italian Jesuit Priest, Matteo Ricci that the lack of perspective and shading made it looked “dead” and had “no life”. While the Chinese saw the oil painting that was brought by the Jesuits and replied that the painting was too lifelike and lacking expression. Chinese developed and classified three personal points of view in ways of viewing a landscape.

Looking at western oil painting, they draw more about the city streets, houses, furniture, human, and other three-dimensional subjects. 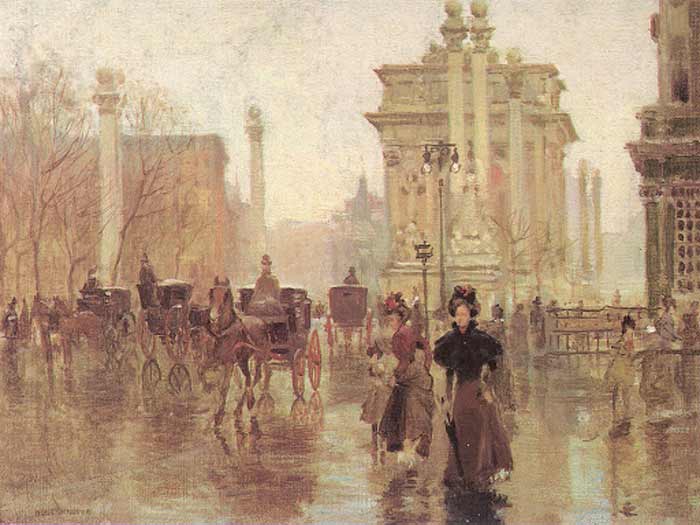 As it originated from ancient Greece and Rome, their art development was occurring in the other art forms, such as dance, music, and sculpture, hence western paintings are closely associated with people’s daily lives. 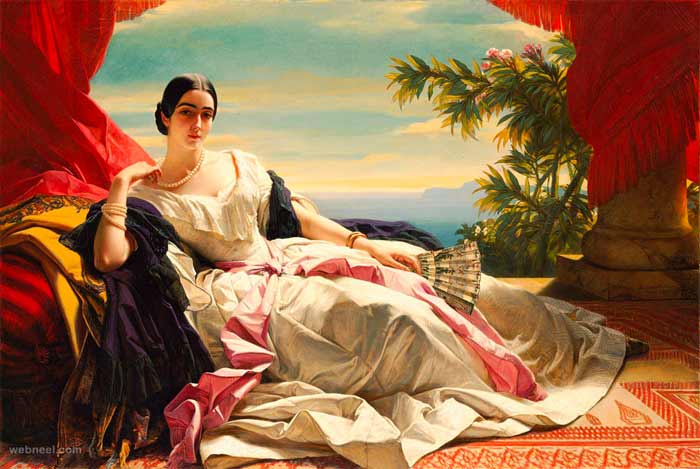 Since Greek times, Western oil painting has taken people as their main subject. In the 19th century, landscape paintings came to light, however, figure painting was still the main subject. In contrast, Chinese painters prefer to use clouds, mountains, trees, waterfalls that look more two-dimensional. From Chinese landscape painting, we can understand the Chinese artistic concept where it can accurately represent and express Chinese culture and spirit. 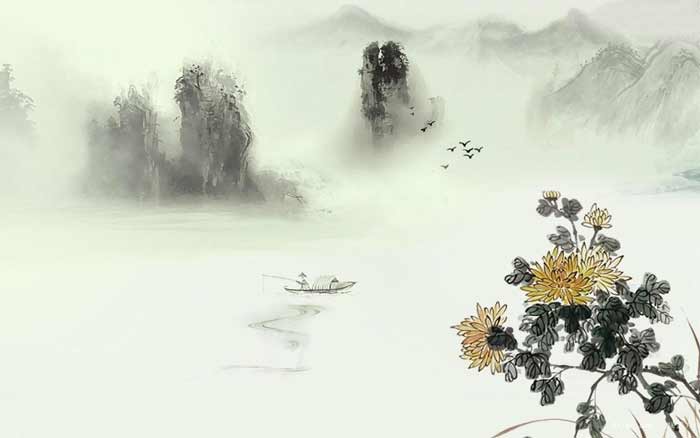 Westerners understand the concept of anatomy, the study of human skeleton and muscles that is used to paint people more realistically and accurately like a real human. However, this concept did not exist for Chinese figure painters, thus the character’s size and proportion may look odd and not proportionate. However, this did not diminish the shining point of Chinese ink-wash painting that pursues the strong impression and exaggerate characteristics of the painting subjects. For men figures, the painter will increase their machismo to appear stronger and give an aggressive masculine appearance, while paint women to a slender figure to appear fragile and gentle. 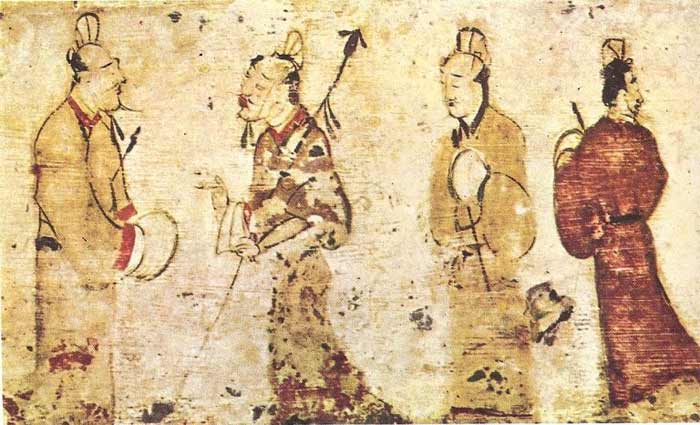 Chinese ink-wash paintings can also be presented without a background to show their characteristics, while western oil painting tends to rely on using a background to make it appear more realistic. For Chinese ink-wash painting, drawing bamboo, trees, or flowers can be surrounded by a blank white background, where each line represents the painting itself, while lines in western oil painting functions as an outline. To Chinese painters, unpainted areas do have the same significance as the painted ones to enable the audience to use the imagination to interpret the scene.